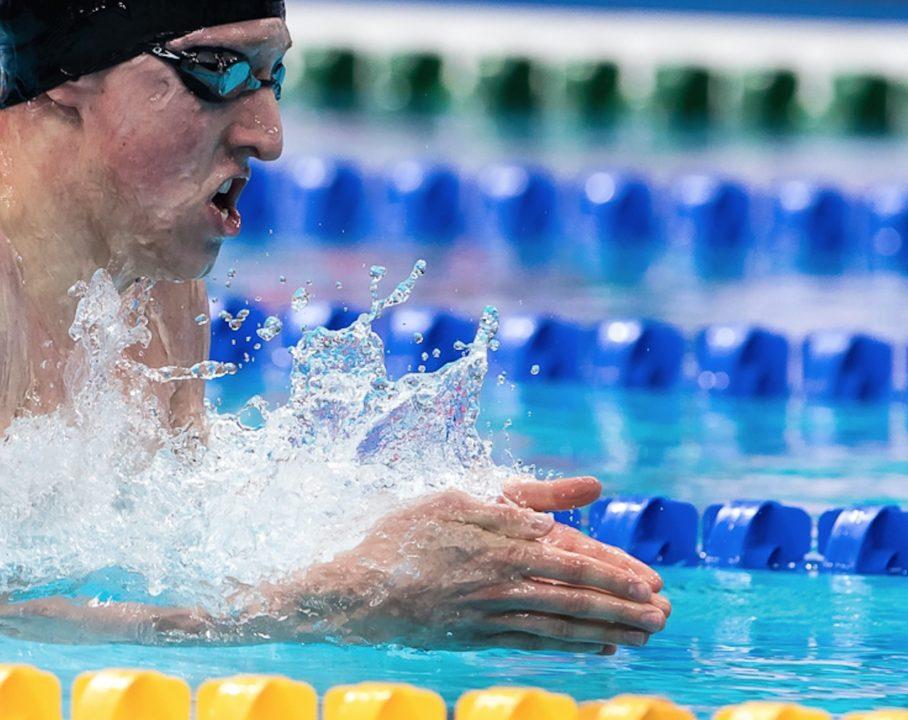 Max Litchfield broke his own British record in the 400 IM heats. Current photo via Peter Sukenik/www.petersukenik.com

Max Litchfield broke his second British record of the World Championships this morning in Budapest, cracking his own 400 IM mark in the preliminaries. His swim of 4:10.57 lowers his old record of 4:10.63 set at the British Championships in April.

Litchfield broke the 2009 record of James Goddard in the 200 IM heats in a time of 1:56.64, narrowly missing that mark in the semis and final to ultimately place 4th.

The 22-year-old qualifies 2nd through to tonight’s final, trailing only American Chase Kalisz. He’ll look to climb his way onto the podium after placing 4th in this event at the 2016 Olympic Games.

Developing into quite the athlete. With the Brits, Le Clos, Canadians… Aussie men could have a rough time of it at home in April.