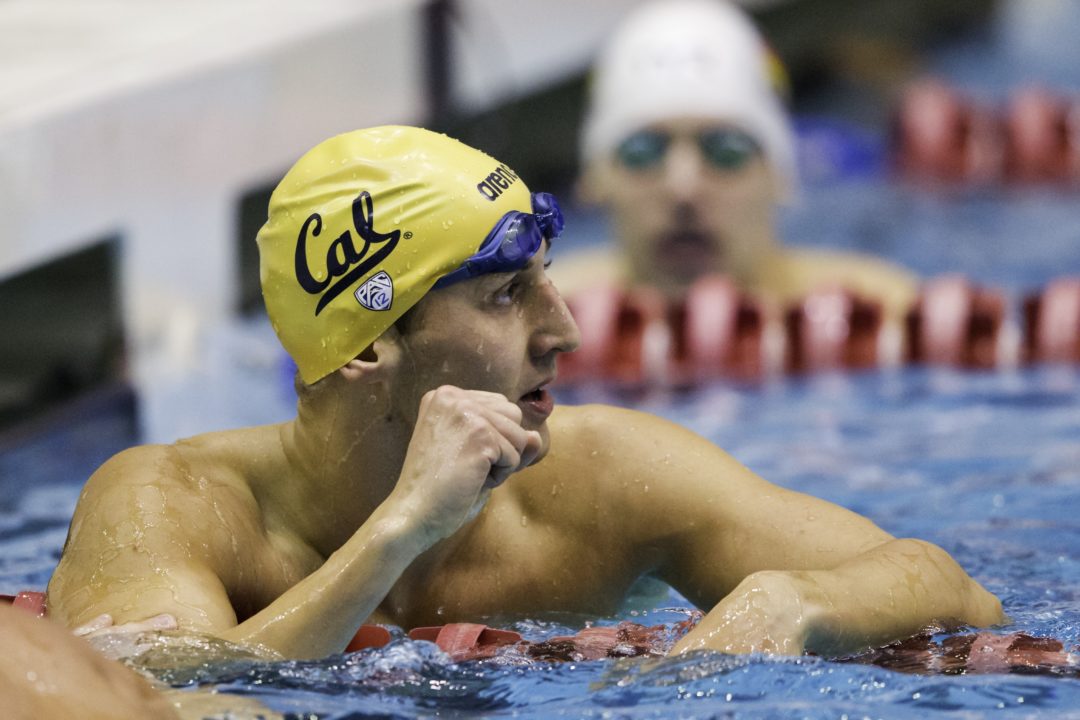 Cal post-grad Mathias Gydesen was .01 from the FINA Automatic Qualifying Time, which was good enough to earn a spot for London (Photo Courtesy: ©Tim Binning/TheSwimPictures.com)

Denmark has announced a 10-swimmer roster for the 2012 London Olympic Games, with the big news being the Cal swimmer Mathias Gydesen adding his name to the list. Gydesen, in his career-best from the Indianapolis Grand Prix at the end of March, swam a 54.41 that missed the FINA Automatic Qualifying Time by .01 seconds.

On the one hand, that made his admission nearly a sure-thing; on the other hand, there are countries that have excluded swimmers who were an identical distance from an automatic qualifying time (New Zealand, Sophie Batchelor).

This is a small roster, but it is a loaded roster, with 6 out of the 10 being serious individual medal contenders.

The intriguing name on the roster is Pal Joensen (along with his coach Jon Bjarnason). Joensen comes from the Faroe Islands, whom he represents in FINA competition like the World Championships. However, the Faroese do not have a representation in the International Olympic Committee (though they do have a National Paralympic Federation), so Joensen adds to the powerful Danish arsenal.

Friis and Ottesen both earned medals at last year’s World Championships; Pedersen’s best time this year in the 200 breast would’ve earned a medal in Shanghai as well. Mie Nielsen is the name-to-watch for the future. She has drawn frequent comparisons to America’s Missy Franklin, which is not too far off. The 15-year old Dane has already broken into the all-time top 20 in the 100 backstroke with a 59.69 from Denmark’s Nationals.

The full lineup, evenly split between men and women, is below.