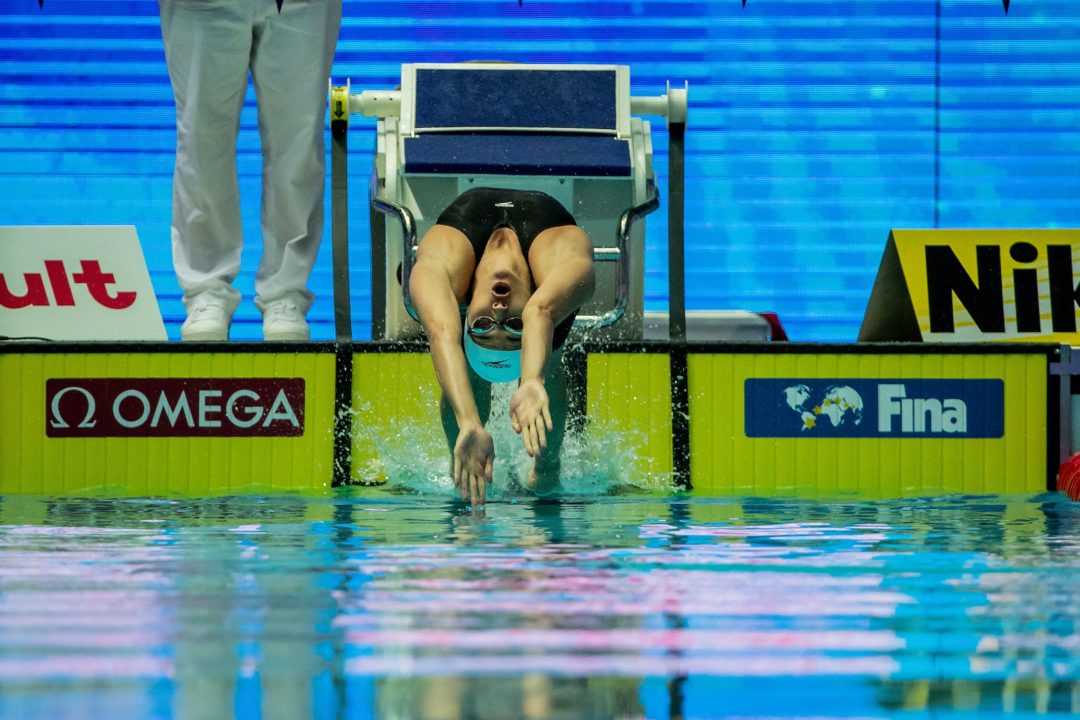 With her two swims on Thursday, Kylie Masse has now broken 1:00 in the 100 backstroke a staggering 58 times. Archive photo via Swimming Canada/Joseph Kleindl

Two-time defending world champion Kylie Masse continued to show her patented consistency in the 100 backstroke on the opening night of finals at the Winter Ontario Swimming Champs in Scarborough, breaking the 1:00 barrier in both prelims and finals.

The two swims for Masse mark her 57th and 58th time breaking a minute in the race.

Masse actually went 59.4 LCM in January at a meet in Toronto this year FYI