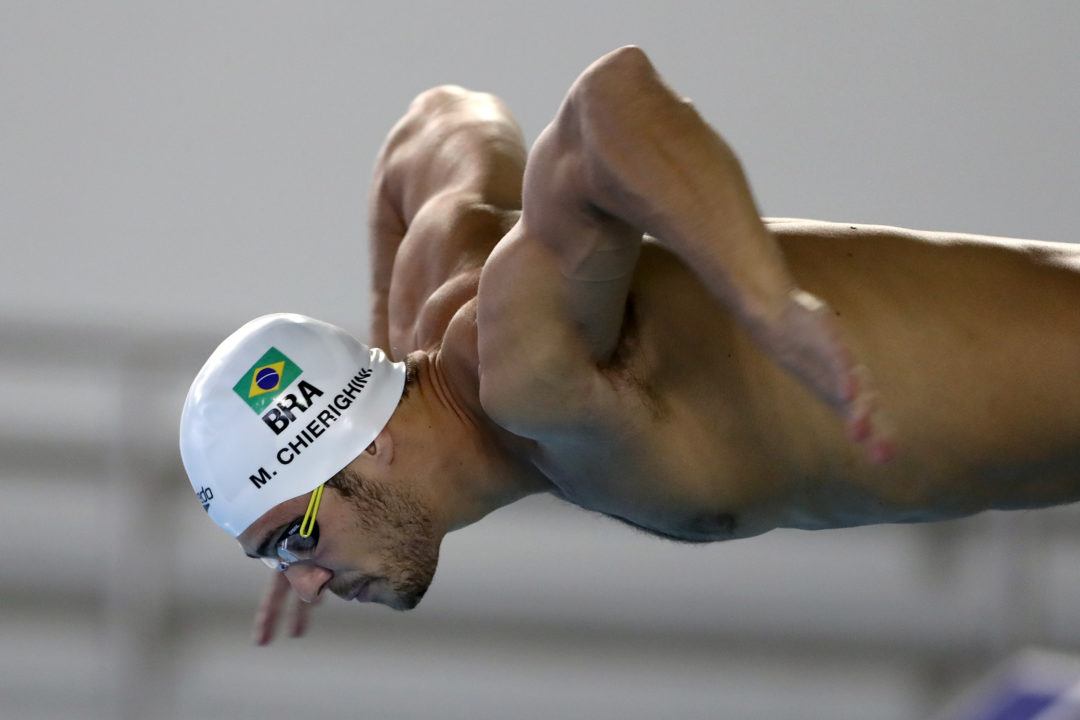 Brazilian sprinter Marcelo Chierighini has relocated his training base from Auburn back to his home country of Brazil, for the time being.... Current photo via Satiro Sodre/SS Press

Brazilian sprinter Marcelo Chierighini has relocated his training base from Auburn back to his home country of Brazil, for the time being.

According to Brazilian sports news agency SporTV, Chierighini will no longer be training under Brett Hawke’s group at Auburn, and he’ll be heading to train at Pinheiros instead. Pinheiros is a prestigious athletic club in Brazil, located in Chierighini’s birthplace of Sao Paulo.

Initially, it seemed that Chierighini was just moving to Brazil, but Hawke has said that the sprinter must leave for three months to train at Pinheiros, otherwise they would cut him from the team.

Chierighini will be joining notable Brazilians Cesar Cielo and Gabriel Santos along with junior sprinter Breno Correia in Pinheiros. In fact, he, Cielo, and Santos make up three of the four members of Brazil‘s historic 4×100 free relay at the 2017 World Championships. The three of them, along with Bruno Fratus (who was dropped by Pinheiros half a year ago), won a silver medal behind the USA, earning Brazil its first 4×100 free relay medal at a major meet since the 2000 Olympics, and its first World Champs medal since 1994.

Chierighini was the big split on that relay, going 46.85 in what is unofficially the third-fastest split in textile history. He announced his move to South America in a tweet:

He didnt anchor the relay he was the second leg. Fratus anchored

Brazil has stepped into the void left by the French team.

You need 4 strong legs to win a medal at WC and Olympics. Brazil had that this time around.

But they are aging. Would like to see Santana get back on track, hopefully with his illness under control

Brazil for the gold in Tokyo!! You saw it here first. Believe it!