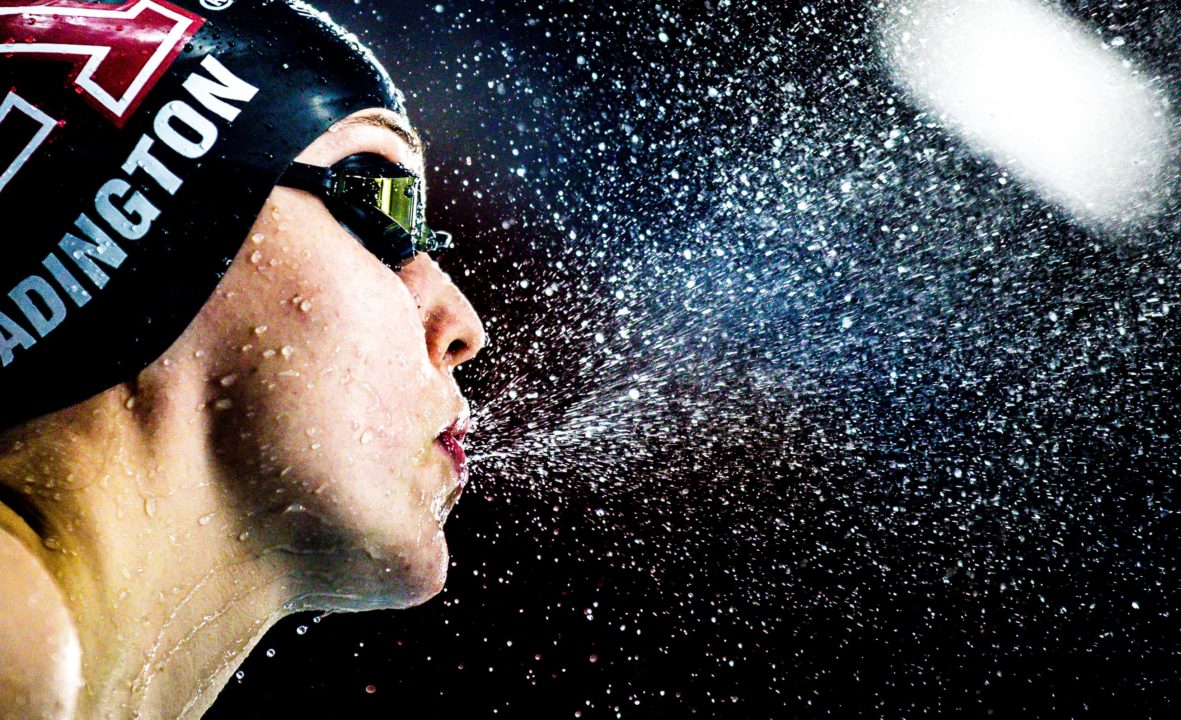 Mackenzie Padington will not return to the Minnesota Golden Gophers for the 2020-21 NCAA campaign after her redshirt year. Archive photo via Jack Spitser/Spitser Photography

Two-time Canadian World Championship team member Mackenzie Padington will not be returning to Minnesota for the 2020-21 NCAA season.

Padington, who is taking an Olympic redshirt for the current college campaign, announced her decision on Instagram on Monday night.

I would like to confirm that I will not be attending the University Of Minnesota come Fall of 2020. With a lot of consideration I have decided that I want to pursue my swimming career elsewhere. Thank you to the Minnesota coaching staff and team for all that they have taught and given to me as I move forward. The Gophers will always be a part of me and who I am. I’m excited for the future and what it may hold.

This year Padington, who will be entering her junior season in September, has been training at the High Performance Center – Victoria which will shut down after the 2020 Olympics. In an Instagram comment, she did indicate she would be returning to the NCAA.

As a sophomore, the now 20-year-old Padington finished third at NCAAs in both the 500 and 1650 free and was Minnesota’s second-leading scorer with 32 individual points.

This is a huge blow for Minnesota! This swim team just can’t seem to catch a break. Why is she leaving? What is wrong with Minnesota, other than it is not Stanford, Cal or Virginia?

Sounds like a big reason is that her distance coach left the program.

But Kostoff replaced her so there’s that.

I find nothing “wrong” with Minnesota. Their coaching staff is second to none, great facilities, consistently top 15 at NCAA (women), B1G university prestige, etc. All that said, Minnesota doesn’t try to “wow” anyone— they just do their thing, quietly put in the work, and show up come championship season. And that’s really different from a lot of top 15/top 20 teams. Kremer, Ganley, and co. don’t seem to draw a ton of big names, but holy cow can they develop them (Danielle and Chantal Nack, Bowe Becker, Haley Spencer, David Plummer). All that to say, Minnesota seems to have a different approach, and maybe Padington doesn’t love that. And that’s just fine! She’s a truly remarkable athlete and I… Read more »

My bet would be Denver.

That would makes sense because her distance coach from Minn is now head coach at Denver! There are always two sides to the story when someone transfers.

First place I thought of with best Canadian swimmer already there.

Wow. Many great opportunities, but also a huge hit for the Gophers.