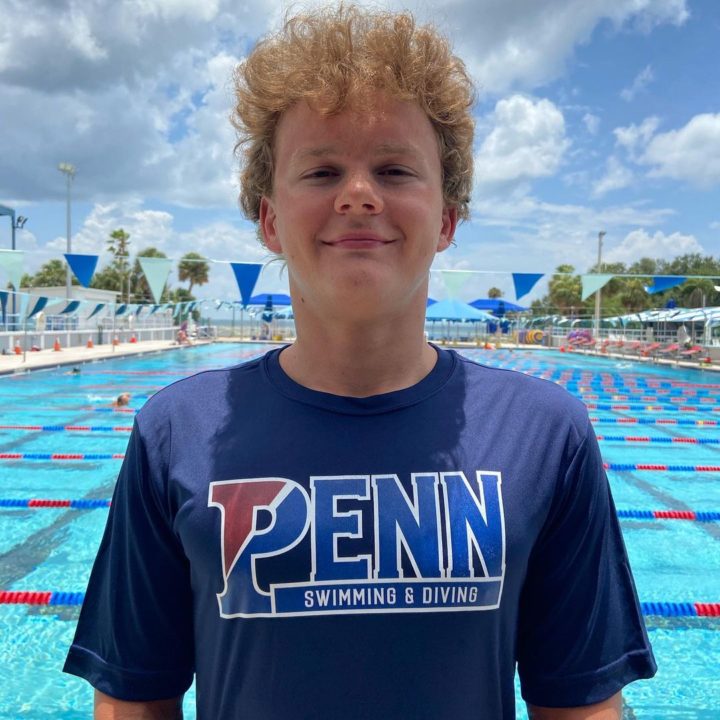 Luke Williams of Saint Petersburg Aquatics in Florida has committed to the University of Pennsylvania for the fall of 2021.

Luke Williams of Palm Harbor University High School in Florida has committed to the University of Pennsylvania. A current high school senior, Williams is expected to join Penn in the fall of 2021.

At the Florida 4A (big school) High School State Championship meet last week, Williams finished 4th in the 500 free in 4:31.00, which is a new lifetime best in his top event.

As a distance freestyler, he’ll join a group with among the strongest of Penn’s swimming legacies. That comes mostly from Chris Swanson, who won 4-straight Ivy League titles in the 1650 free from 2013-2016, and who became Penn’s only NCAA Champion in men’s swimming in 2016 when he won that same event at nationals.

Last season, Penn had a pair of sophomores finish in the top 7 at the Ivy League Championships, with William Kamps placing 3rd and Billy Fallon placing 7th. Penn, along with the rest of the Ivy League, won’t compete in the 2020-2021 NCAA season, meaning that both of those swimmers will have 2 years of eligibility remaining entering next season, giving the team depth in this race.

That was a highlight for the Quakers as part of a 7th-place team championship out of 8 teams at the 2020 Ivy League Championship meet.

He’s one of several new distance swimmers scheduled to join Penn this fall. Matthew Fallon, the #8 recruit nationally in the class of 2021, is the headliner with bests of 4:21 and 9:05 in the 500 and 1000 yard freestyles, though his better events are still the 400 IM and 200 breaststroke.