At Long Last, The Next Generation of 200 Butterfliers Have Emerged 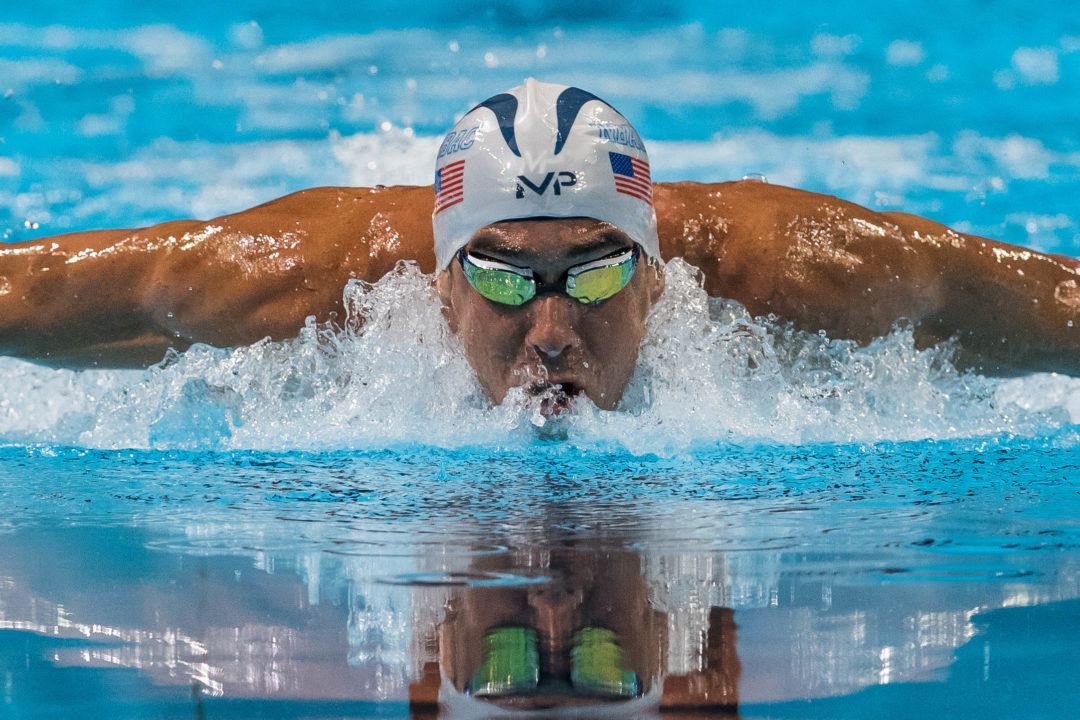 Masato Sakai and Tamas Kenderesi announced themselves as the next generation of 200 butterfliers after over a decade of Michael Phelps' dominance. Archive photo via Mike Lewis/Ola Vista Photography

It took a while, but it’s finally happened. The next generation of male 200 butterfliers have emerged. In an absolutely shocking 200 fly final, two of the three medal favorites, who appeared to be locks for the podium coming into these Games, failed to medal.

Rising in their place were Masato Sakai of Japan and Tamas Kenderesi of Hungary, who finished 2nd and 3rd respectively in times of 1:53.40 and 1:53.62 behind only the greatest of all-time, Michael Phelps.

Ever since 2001, when he first set the world record at just 15 years of age, Phelps has dominated this event. He won every major race he competed in in this event for 11 straight years. Unprecedented dominance in a single swimming event.

This dominance created a “Phelps vacuum” of sorts. People stopped swimming the event. He was challenged to an extent at the 2008 Olympic Games after his goggles filled with water, but other than that, he easily dominated from 2001-2011.

Things began to change in 2012. Phelps not being 100% invested in swimming opened the door for Chad Le Clos to come out of nowhere on the last 50 of the 200 fly Olympic final to pass him and win gold. Le Clos’ win proved that a changing of the guard of sorts was happening, and it was time for the next generation to start swimming the event again.

Yes, Phelps is still the king of this event after winning it for the third time, but this is his last rodeo (or so he claims). It’s time for the next wave to come to fruition.

Sakai, 21, and Kenderesi, 19, are the future of this event and had an unbelievable Olympic debut tonight.

Sakai had the fastest final 50 in the field and closed on Phelps like a mad man the last few metres and almost stole the gold. Kenderesi has consistently improved this year, and he too closed on Phelps over the last 50.

Both were fearless in what was probably the most watched swimming race in quite a while, and will lead a new generation in the 200 fly, along with Chad Le Clos, in the wake of Phelps’ dominance.

Does anyone know what Phelps was laughing at in the 200m fly award ceremony?

He was laughing at a Phelpsface meme.

At Baltimore Orioles games, at the end of the national anthem the fans yell oooos! Phelps friends from Baltimore were in the stands and yelled ooos at the end which made him laugh. He told Michele Tafoya that in the post interview.

I could make a meme out of it.

Or,
I told them I was retiring again, and they believed me.

Phelps set his first world record in March. He didn’t turn 16 until July.