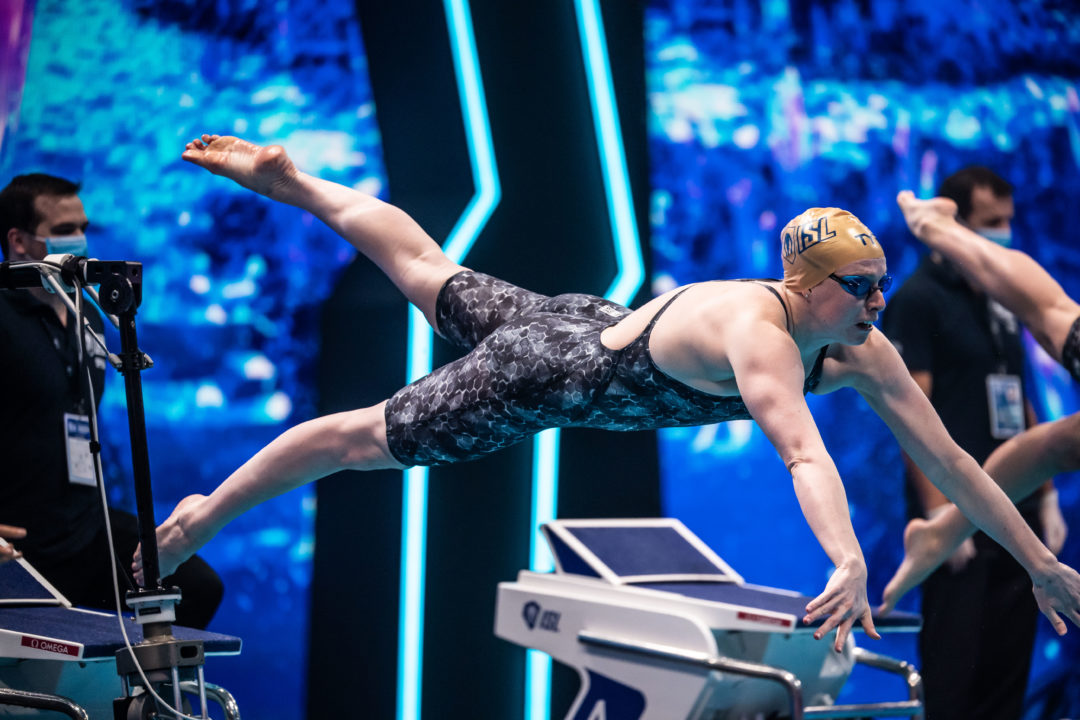 Lilly King has finally taken claim of the American Record in the women’s 100 breaststroke, and did so definitively.

Meili was the bronze medalist in the women’s 100 breast at the 2016 Olympic Games in Rio where King won gold.

While King has set personal best times in both the 50 and 200 breast multiple times this season, including resetting the 50 AR twice, this is her first PB in the 100. Her previous lifetime best stood at 1:03.00, set just over a year ago during the ISL’s American Derby during the 2019 campaign.

King was actually out slower compared to her best time from 2019, but made up almost a full half-second coming home. Compared to Meili, her front-half speed was the difference-maker.

In the historical rankings, King moves up from tied for fifth to third all-time in the event, trailing only joint world record holders Ruta Meilutyte and Alia Atkinson. Meilutyte set the WR at 1:02.36 in 2013, and Atkinson has actually matched it twice, doing so at the 2014 SC World Championships and at the 2016 FINA World Cup stop in Chartres, France.

King is now the owner of the 50 and 100 breaststroke American Records in both short course and long course meters, while also owning the 100 and 200 breast national marks in short course yards. The only two American women’s breast records that still elude her both belong to Rebecca Soni: the SCM 200 (2:14.57, which remains the world record) and the LCM 200 (2:19.59, which was a WR at the time).

Everybody lift up your glasses and sing because I’m standin’ on the table and proposing a toast to the King, LILLY KING!!! #rayloozeGOATcoach

Does she ever congratulate/ acknowledge swimmers like Atkinson – I have never seen that at the end of a race? Or is it the cameras?

Congratulations to Lilly, know she wants that WR for sure. Also goes to show how tough & superb those WR swims by Ruta & Alia really are.