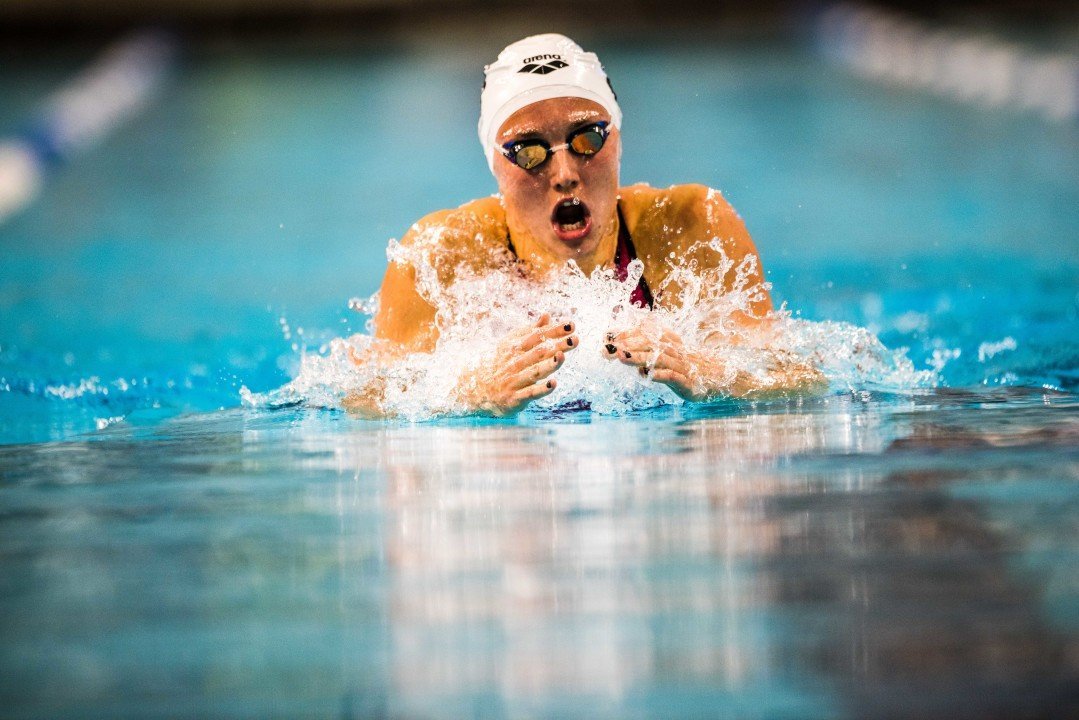 Katie Ledecky will not swim the 200 IM at finals of the 2016 Arena Pro Swim Series at Austin, the only scratch out of an A final on night 3.

Ledecky was 7th coming out of prelims in the race, but will also swim the 800 free tonight, an event in which she could conceivably be going after a world record. The IM takes place directly before the 800, making it a very difficult double.

A pair of 9th-place finishers in different events also bowed out heading into finals. Hungary’s Katinka Hosszu won’t swim the 200 fly after just missing the A final in prelims. Hosszu, the reigning series points champion, will swim two other finals on the night – the 100 back and 200 IM – and so scratching the fly just allows her more rest for those two.

Hosszu generally puts a premium on prize money, and she wouldn’t be eligible for money or series points in the 200 fly, making it a smart business decision to scratch out.

In the men’s 200 IM, South African Michael Meyer has also scratched out of 9th place. Meyer, who swam his college years at Arizona, was just two tenths out of the A final in the event.

A few more notable scratches: Texas Longhorn Jack Conger won’t swim the 200 fly after qualifying 14th. Conger is the American record-holder in the short course version of the event, but has had a quiet weekend in his home pool so far. In the women’s 200 fly, 200 back champ Maya DiRado has scratched out of 10th place. DiRado will still swim in the A final of the 100 back later in the night.

All A and B final scratches for Sunday night, per the heat sheets which you can view here: