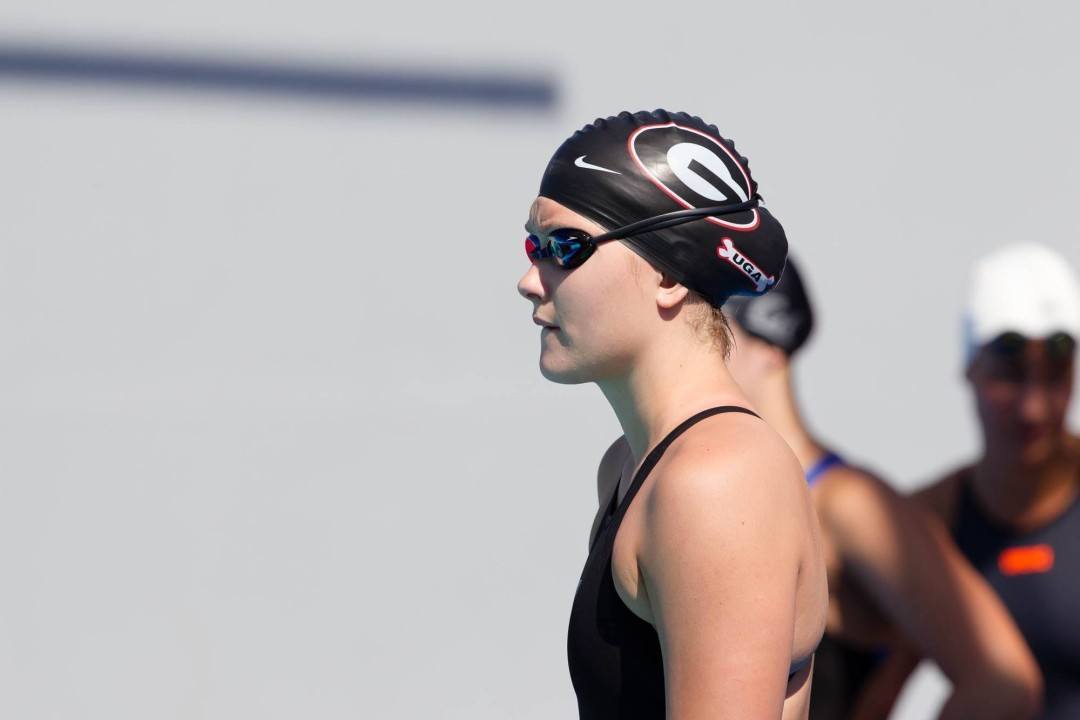 No, not Bulldogs... Archive photo via Tim Binning/TheSwimPictures.com

And… he was correct. ‘Bama beat Clemson 45-40 Monday night for the national title.

Getting stronger every week.. I always find push ups so hard!! Such a tough exercise ???? pic.twitter.com/iWLw7Ej8zs

Welsh distance swimmer Jazz Carlin is putting in some major work. What have you done this week to improve?

The Duke Swimming & Diving team is having a stellar season. Watch out for them this year.

WE STOLE HIS STAPLER AND PUT IT IN JELLO. WE ARE JIM. MR DEBOCK IS DWIGHT pic.twitter.com/2POup4JyQy

And Duke will be helped by Alyssa Marsh next season, who will swim there after she’s done pulling off pranks.

The Arena Pro Swim Series at Austin was absolutely packed in the stands, and that was probably because it was packed with some insane talent. The last finals session is tonight at 6pm CT.

We all know that sound, whether we like it or not.

Nobody can dance quite like Sierra Schmidt before a race.

This dog is looking for a big drop in her 200 IM next weekend.

I want to get two long dogs like this and name them Bobo and Gigi pic.twitter.com/ef7mhXTztq

BoboGigi, this one’s for you.

The dog in the super suit is hilarious! but so is the Bobo Gigi. Maybe mr. Gigi has a coaching gig in his future!