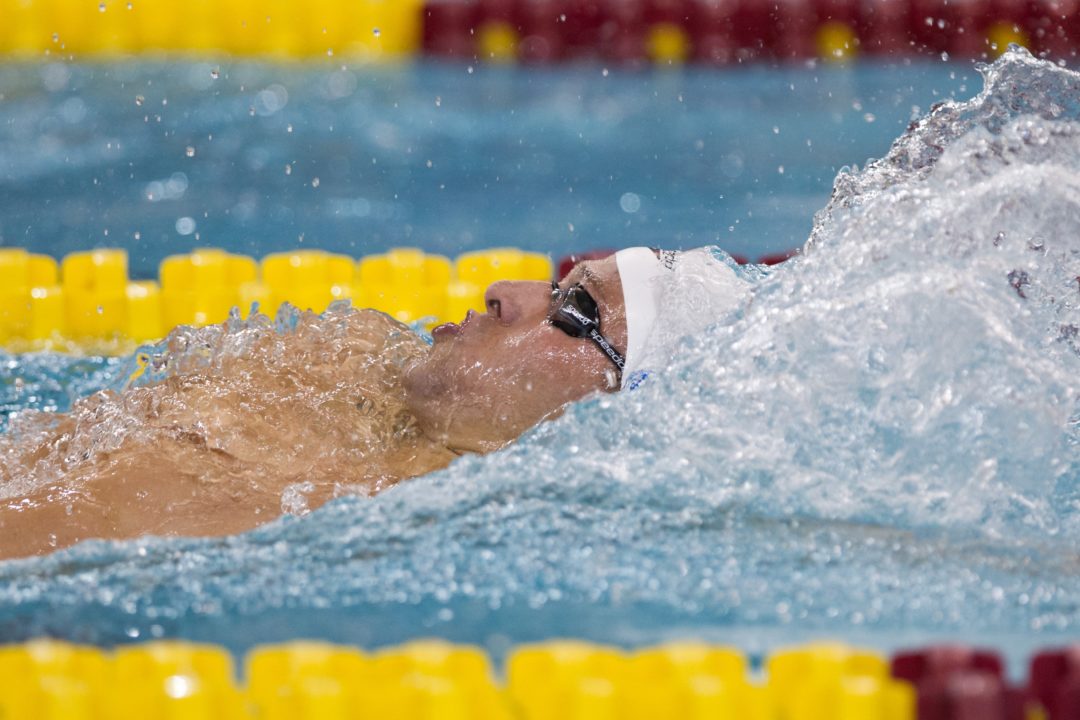 The 2012 South African Nationals kicked off Monday in Durban, and with the likes of Chad le Clos, the winner...

The 2012 South African Nationals kicked off Monday in Durban, and with the likes of Chad le Clos, the winner of this year’s FINA World Cup series in the group, along with names like Cameron van der Burgh, Jean Basson, and a women’s program that’s swimming very well, the crowd is excited for the meet.

Swimming South Africa declared that swimmers must clear the FINA Automatic qualifying time to earn a spot on the Olympic Team, so the standards are tough. The rules say that the SASOC will only consider selection of swimmers who attained ‘A’ qualifying times at two qualification events, one of which should be an international event (though exceptions will be considered for swimmers earmarked to participate at the 2016 Games).

At the end of the day, the standards have been set up so that Swimming South Africa can take, or leave home, whomever they choose. But for now, we’ll assume those who have hit the FINA A-standard twice will be headed to the Games.

The first bids were given out in the men’s 400 IM, where the 20-year old le Clos won in 4:13.86. That clears the FINA A-time easily, and is about 6-tenths off of his best time (swum in 2010 at the Commonwealth Games). No splits were immediately available for finals. Riaan Schoeman (no relation to Roland) took second in 4:15.60, which will also stamp his ticket to London. 19-year old Michael Meyer was 3rd.

Le Clos really put this race away early with a 55.00 butterfly leg (his best leg), though Schoeman used an outstanding breaststroke to make a race of it again before the closing 50 freestyle, where le Clos found a second-wind to pull away.

This is already a big improvement off of what we saw at last year’s World Championship Trials, where there was disappointment left-and-right with tough standards. Instead, in this strong field (all 8 finalists were 22 and under – though there was a huge dropoff after Meyer), we saw three swimmers clear the mandated mark.

Sebastien Rousseau was the top seed in prelims in a 4:17, but scratched the final to save energy for the 200 fly and the 200 IM – his two best chances for the Olympics.

In the men’s 400 free, Herman Heerden earned his first Olympic spot with a 3:48.57 to just get under the qualifying standard. That’s a lifetime best for the 1500-meter specialist, and makes him the second-fastest South African in history. He has a legitimate chance in the 1500 at the end of this meet to become the first South African to crack 15 minutes (and thereby take down the record of the legend: Ryk Neethling).

Kathryn Meaklim was already qualified in the women’s 400 IM thanks to A-swims at both last year’s Worlds and a 4:39 earlier this year at the British Trials; however she easily improved that mark with a 4:37.70 to win the race here, with Jessica Pengelly (4:46.47) and Wendy Trott (4:47.11) not far behind. That almost scares Meaklim’s National Record from 2008.

Meaklim had a phenomenal backstroke leg (she split 1:10), and that didn’t prevent her from an outstanding breaststroke leg just following it. But it’s her opening butterfly leg and closing freestyle legs that will need improvement for her to final in London. This swim ranks her 11th in the world at present.

In the women’s 100 fly semi’s, the veteran, 33-year old Mandy Loots, took the top seed in 59.44, as teenager Vanessa Mohr paced her speed in 1:00.80. The trick here is that for Loots, that’s already close to top speed for her (she could maybe shake her way down to a 59.0). Mohr, on the other hand, can get to a 58-low and nip the Olympic qualification time; though being this far off (two-plus seconds) is a bit to make a swim-fan a touch nervous.

Cameron van der Burgh used just enough speed to edge his way toward the minute barrier in the semis of the men’s 100 breaststroke with a 1:00.36. That’s already 7th-best in the world, and I think we’ll see him crack a minute in the final.