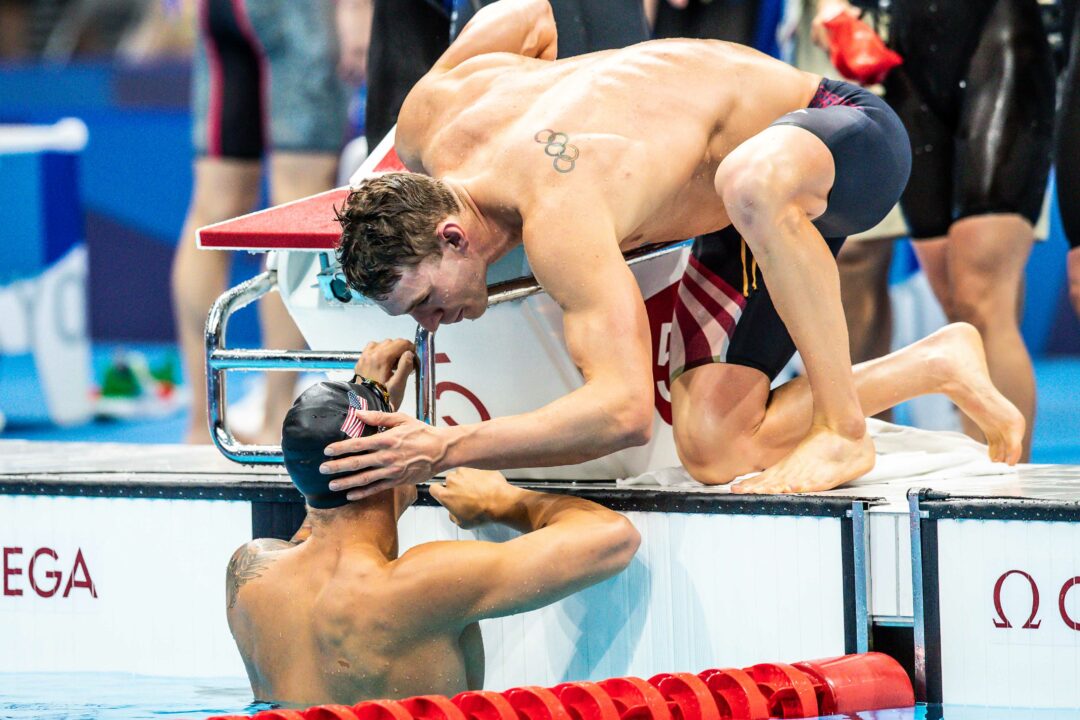 Ryan Murphy (on deck) and Caeleb Dressel (in the water) will swim legs on the men's 400 medley relay in finals. But who will the US use on the breaststroke leg? Archive photo via Jack Spitser/Spitser Photography

That was the biggest question mark for any country coming into the final. American coaches have been under pressure after multiple relay decisions haven’t worked out, with the US missing the podium in Olympic relays for the first (men’s 4×200 free relay) and 2nd (mixed 4×100 medley relay) time in history. Now Andrew, who was slower than his Olympic Trials times in both the 100 breaststroke and 200 IM so far at this meet, will have a chance to validate their choice.

Both he and butterflier Caeleb Dressel will enter the race coming off the finals of the 50 free.

Well, there goes the streak in the u.s. medley. Guessing Andrew goes 59 low

Just for a reference of your misprediction, the US won gold and broke WR. Andrew 58 low.

USA is invincible in this event…

I predict that he will show up. I do not think he will refuse to swim the breaststroke leg. But obviously the US will not medal if MA does not show up causing the US to be disqualified.

Whether he does well or not, he earned that spot being the fastest US swimmer in the finals.

The coaches are there to put the best 4 on the relay at the time of the relay. Michael Andrew definitely was the fastest swimmer at Trials but it’s debatable if he is now. No one deserves anything.