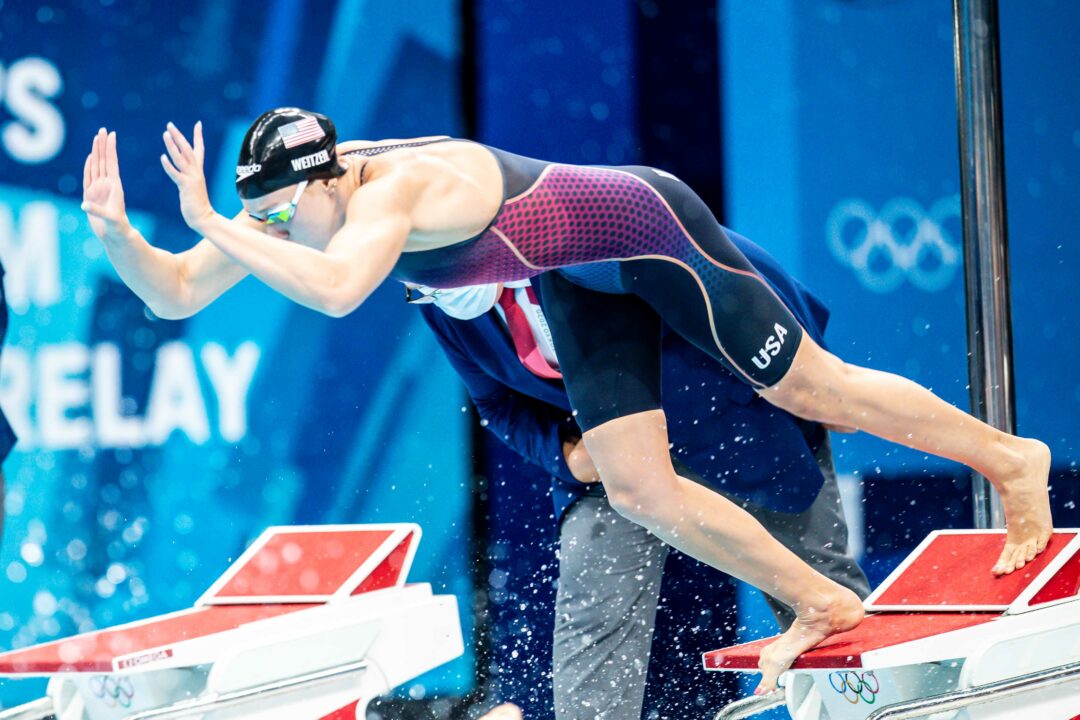 As predicted, the United States will enter an entirely new lineup in tonight’s final for the women’s 4x100 medley relay, while Australia will replace 3 legs. Current photo via Jack Spitser/Spitser Photography

As predicted, the United States will enter an entirely new lineup in tonight’s final for the women’s 4×100 medley relay.

In prelims, the US utilized Rhyan White, Lilly King, Claire Curzan, and Erika Brown to claim the second seed in the event. Instead, Regan Smith, Lydia Jacoby, Torri Huske, and Abbey Weitzeil will swim in the final. Notably, this means that Olympic gold medalist Simone Manuel will not be on this relay after failing to make the 100 freestyle individually.

Australia is also swimming an almost entirely new lineup, bringing in Kaylee McKeown, Emma McKeon, and Cate Campbell. Only breaststroker Chelsea Hodges remains on the team from the prelims relay.

Canada’s breaststroke leg was one of the biggest question marks entering this event, and they have elected to remain with Sydney Pickrem. In prelims, Pickrem only split a 1:07. However, the Canadian breaststrokers haven’t shown their best form here, leaving limited options. Canada will still bring in Kylie Masse and Penny Oleksiak to bring them a boost in finals.

Italy’s breaststroker was also uncertain entering finals, as Arianna Castiglioni, Martina Carraro, and Benedetta Pilato we’re all viable options. Especially after Castiglioni split 1:05 in the prelims relay. However, they opted to utilize Carraro, keeping the veteran on the relay.

So proud of these ladies!! 2024 will be fun! Thanks for representing the Red, White and Blue so well!!!!🇺🇲🇺🇲🇺🇲🇺🇲🇺🇲🇺🇲

if Abby does not breathe on her 100 free USA wins by 2 seconds. Seriously USA is a lock for the silver.