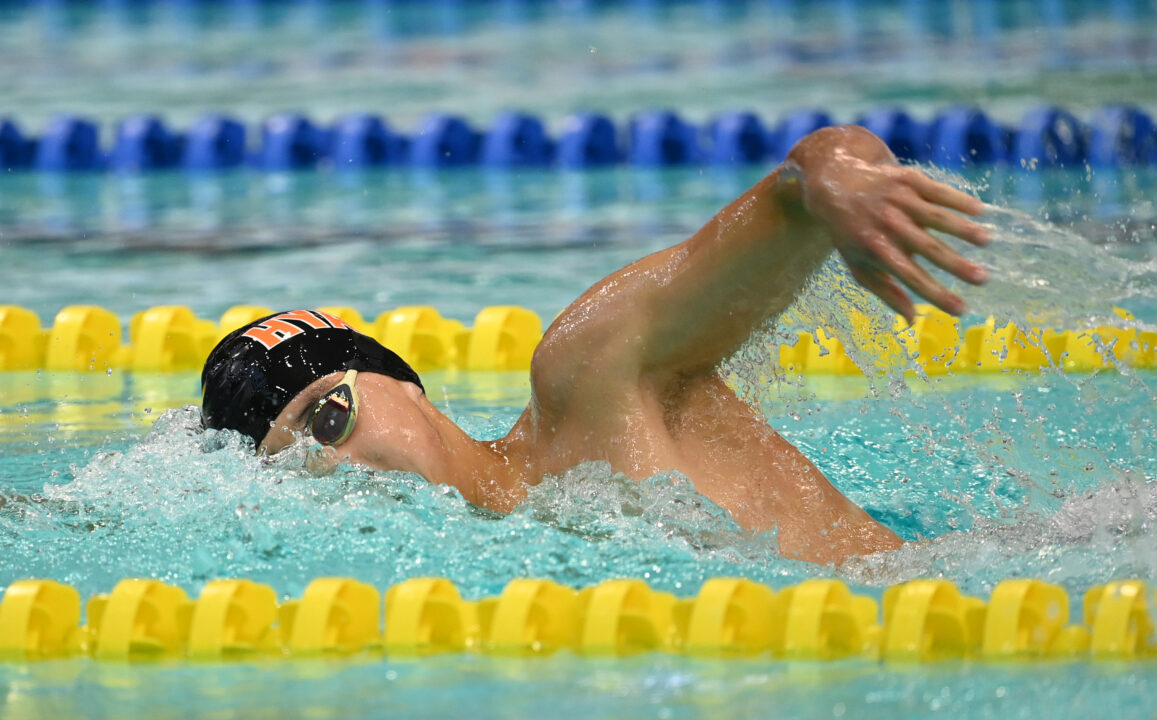 Laon Kim has broken seven Canadian Age Records for 13-14s in the last month, but none have carried quite the weight of the one he set in the 800 free this weekend. Archive photo via Swimming Canada/Scott Grant

Records are made to be broken, they say, but some records stand a little longer than others. Last weekend, Canadian 14-year old Laon Kim broke a record that has stood for more than 43 years in Canada, and was previously held by one of Canada’s greatest all-time swimmers.

Kim swam an 8:06.05 in the 800 short course meter free on Friday at the Brad Reid Memorial Invitational. That took more than nine seconds off a 13-14 national record that has stood since April 1, 1979, when Alex Baumann swam an 8:15.14 at the same meet another Canadian Record: a 15:32.15 that still remains as the standard for that age group.

Baumann’s record was so ahead of its time that for decades, it was actually faster than the Ontario Provincial Record in the 800 free relay.

Baumann later went on to an accomplished career as a sport administrator, including a short stint as the CEO of Swimming Australia for about three months in 2021.

In total, Kim won seven races at the meet. Other top performers include Paige Korbely, who won the 100 back, 200 back, 50 fly, and 100 fly on the girls’ side; Paul Orogo who swept the backstrokes on the boys’ side, and Tiffany Tancon, who won the 200 fly and both IM races for girls.

Full Meet Replays can be seen on the Hyack Swim Club YouTube Channel:

Best wishes on your long journey!

he’ll be on his way to Surrey Knights soon 😂

I believe Janet Evans had NAG records in the 800 that were faster than the 800 FR NAG records. I could be wrong. But not many teams with four girls going 2:04 or faster back in the 80s.

that is actually 43 years ago