Five Storylines To Follow In Week 1 of NCAA Invites 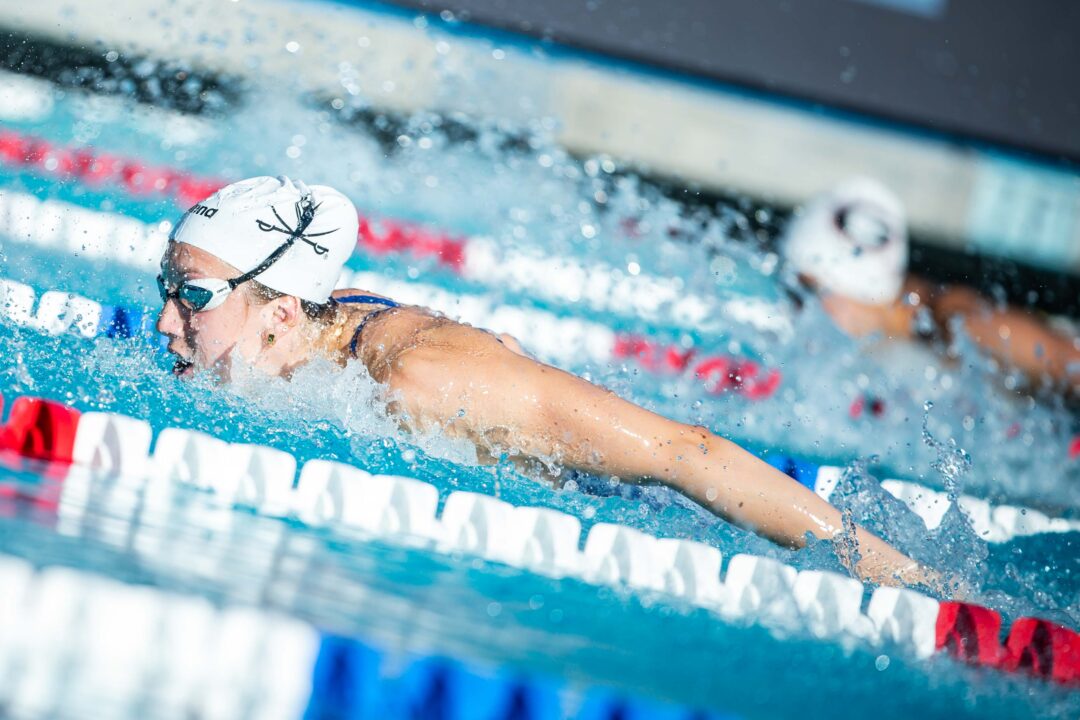 Gretchen Walsh has been on fire so far this season, and will be one to watch at this week's Tennessee Invitational. Archive photo via Jack Spitser/Spitser Photography

There are always a few surprising storylines that emerge during the first weekend of NCAA invites, which is typically jam-packed with action prior to the U.S. Thanksgiving break.

While that will surely be the case again this year, there are certain topics we know we’ll be keeping an eye on in the coming days as the first taper meets of the season get underway.

NCAA Record Watch – Will Any Go Down?

NCAA records are typically broken at the national championships, but every now and then we’ll see one fall during midseason invites.

Katie Ledecky set the NCAA, U.S. Open and American Record in the women’s 1650 free at the 2017 Art Adamson Invite—a mark that still stands today—and Abbey Weitzeil become the first woman sub-21 in the 50 free at the 2019 Minnesota Invite.

This season, there are a few records at risk, and the swimmer who appears to have the best chance of breaking one is Gretchen Walsh.

Among those, the 50 free record is probably the only one in legitimate danger at this point, with the all-time record belonging to her Cavalier teammate Kate Douglass, who will also race the event this weekend, at 20.84.

Maggie MacNeil, who opened up the Art Adamson Invite this morning with a 21.86 swim in the 50 free, is also one to keep a eye on, though she would need a monumental performance to get down to her NCAA Record in her best event, the 100 fly, which stands at 48.89.

MacNeil did, however, tie the U.S. Open and NCAA Record at the 2019 Minnesota Invite in the event when she swam a time of 49.26, so it’s not outside of the realm of possibility that she’s close.

Beyond the record watch, tracking the performances of Walsh and MacNeil and who has the edge over the other will also be something to keep tabs on.

For the men, no records seem to be at imminent risk, though Arizona State’s Leon Marchand can never be counted out when he’s in action.

Three of the top seven men’s team’s from last season will converge at this weekend’s Wolfpack Invite, as NC State will go to battle with Arizona State and Stanford.

The competition will provide a good litmus test for all three programs as they gauge where they stand midway through the 2022-23 season.

NC State, fourth at both the 2022 NCAAs and in SwimSwam’s most recent Power Rankings, will be favored to come out on top, while #5 ASU and #7 Stanford are both programs on the rise and looking to shake things up.

Meanwhile, Florida will race the Georgia Invite, and Indiana will be at the Ohio State Invite. Cal and Texas will be in action in two weeks’ time at the Minnesota Invite.

One of the most talented recruits in recent memory, Claire Curzan will swim the first taper meet of her collegiate career this weekend at the Wolfpack Invite.

The Stanford freshman already has an impressive international resume, and will now have her first real opportunity to make an impact on the NCAA scene.

Much of the early-season talk has been about the performances of Gretchen Walsh and Maggie MacNeil, but don’t sleep on Curzan, who figures to be an NCAA title threat in March in the women’s 100 fly and will also be a player in the 50 and 100 free. We’ll see what she has in store this weekend.

SwimSwam’s top-ranked recruit on the boys’ side, Baylor Nelson, will also race his first tapered NCAA meet this week at the Art Adamson Invitational—which got underway this morning in College Station.

The Texas A&M first-year has already been impressive this season, including a 1:43.3 200 IM at the SMU Classic, and dropped a 1:43.07 in this morning’s prelims, leading a group of six Aggies into the ‘A’ final.

Nelson is extremely well-rounded, and should also make an impact this weekend in any of the 200 free, 200 breast and 200 fly.

Who Will Remain Undefeated?

SwimSwam’s Yanyan Li has been tracking which swimmers are entering midseason invites without having suffered an individual loss yet this season.

Among those are G. Walsh, MacNeil and Marchand, plus other big names such as NC State’s Katharine Berkoff and Kacper Stokowski, Stanford’s Taylor Ruck and Virginia Tech’s Youssef Ramadan.

With much stiffer competition coming at these invites compared to dual meets, which of these athletes is able to emerge without having suffered a loss is another intriguing storyline to keep an eye on.

MacNeil likely has the best chance, given her competition at the Art Adamson Invite, while G. Walsh will have to overcome Douglass to keep her streak intact. Another name with a chance to do so is Northwestern’s Jasmine Nocentini, who will race at the Purdue Invite.

Wondering if Stanford seniors will do a 5th year…? Crage, Crisera, and Wheal all are 4th years right now and have had a huge impact on the team these last 4 seasons.

Curious to see how Stanford does at their invite.

Anyone question Maggie’s 50 free should know she just did a 20.5 split