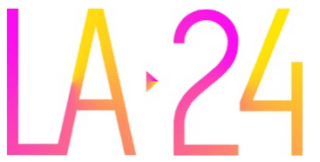 The organizers behind the city of Los Angeles’ bid for the 2024 Olympic Games has provided information on what is... Current photo via (Courtesy LA24.com - Los Angeles 2024 website)

The organizers behind the city of Los Angeles’ bid for the 2024 Olympic Games has provided information on what is describes as its ‘Games Concept’.

“Our Games concept is based on adapting the Olympic and Paralympic Games to fit our city’s world-class stadiums, arenas and campuses”, reads the newly launched la24.org site.  LA 2024 is prepared to design a venue plan to maximize its existing world-class facilities, as well as civic and open spaces that are already a part of Los Angeles, the United States’ second-biggest city by population.

Below are two maps detailing out the proposed venues and locations for both the Olympic and Paralympic Games.

This bid may be very appealing, since it calls for renovations rather then new venues for the most part. The bid between rome, la, and paris should be interesting.

Thanks, I needed a good laugh.

Maybe if events are at 2am?

As I live in L.A., thanks for the reality check and I chuckle along with you! Unless they decide to once and for all build a transportation system, but I’m not holding my breath. But I was a little surprised to see Long Beach next door (just south of the eastern edge of this map) not included in any of the venues, that would definitely save some commuting time right there. Not sure where the rowing would be to replace the Long Beach Marine Stadium though. I live next to Griffith Park and hike/run there all the time, so would be cool to watch BMX and Mountain biking there. 🙂 But overall I’m still very skeptical of the price tag… Read more »