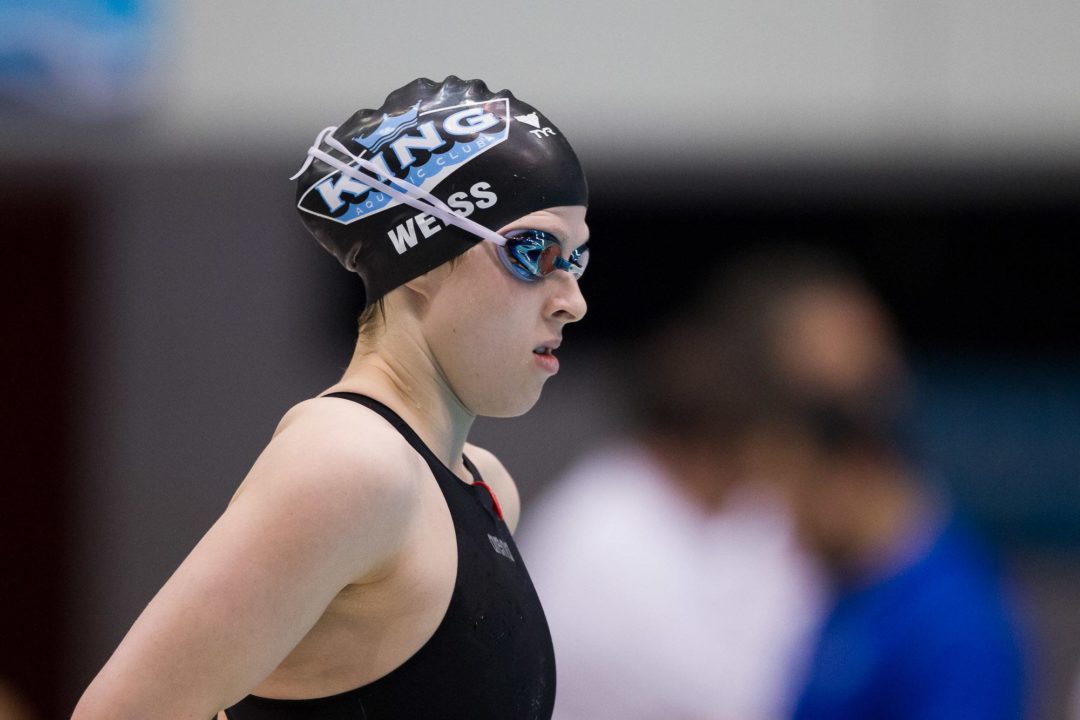 USC commit Hannah Weiss led off the record-breaking relay for KING in a 28.93 backstroke leg. Archive photo via Tim Binning/TheSwimPictures.com

Thanks to Lyle Campbell for contributing to this report.

On Friday night of the Pacific Northwest Long Course Championships, the 17-18-year-old girls from KING Aquatic Club broke the National Age Group record in the 400 medley relay, and on Saturday night the same foursome grabbed the 200-meter distance to complete the medley sweep of the record books.

Hannah Weiss, Carolyn McCann, Heidi VanderWel and Ashley Sutherland went 1:54.52 to break their own NAG record, set last year. They took just under two seconds off the mark set in 2013 (1:56.39), which featured the same first three legs, only with the 2014 version adding Ashley Sutherland on the anchor spot.

Weiss, an incoming freshmen for the USC Trojans, led off in 28.93, while Michigan signee Carolyn McCann was a quick 31.65 on breaststroke to set the tone for the squad. VanderWel is an incoming Yale freshman, while Sutherland is the only underclassmen on the team. She’s a rising high school senior.

Here’s a look at the team’s splits: