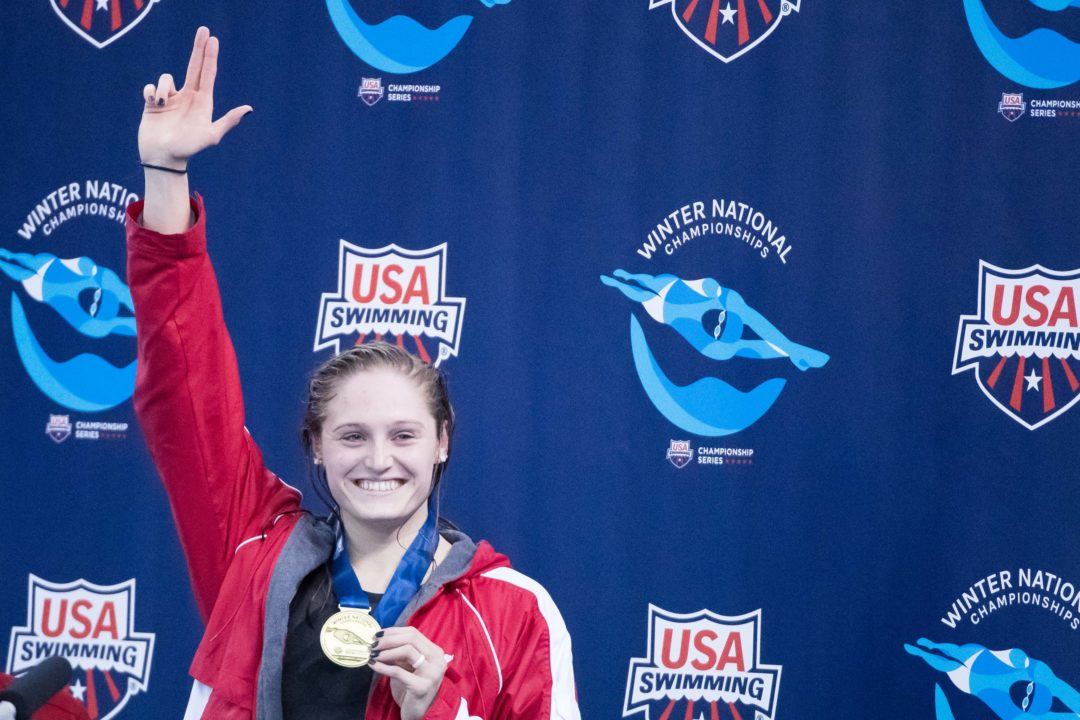 Louisville postgrad swimmer Kelsi Worrell came within a half second of her American Record tonight. She blew by the field early on and never looked back, touching in 49.87 to win by over a second. That took a few tenths off the Pool Record and her own Meet Record from this morning.

Though Mallory Comerford put up a monster 50-point 100 fly relay split this season, her best time in the event from a flat start coming into the meet was a 53.32 from 2015. She demolished that in prelims when she lowered it to a 51.18, and lowered it even further tonight with a 50.92 for silver. Both of her swims today met the NCAA ‘A’ standard. Comerford probably won’t swim the race at NCAAs, however, since it conflicts with the 200 free.

Indiana postgrad Amanda Kendall also turned in a best time for the bronze. Before today, she had a best of 51.90. After clipping that in prelims, she closed in on the 51-second barrier with a 51.14 in the final. Louisville’s Grace Oglesby should be in the clear for NCAAs. She turned in a 51.69 to take 5th behind Ohio State postgrad Aliena Schmidtke (51.30).