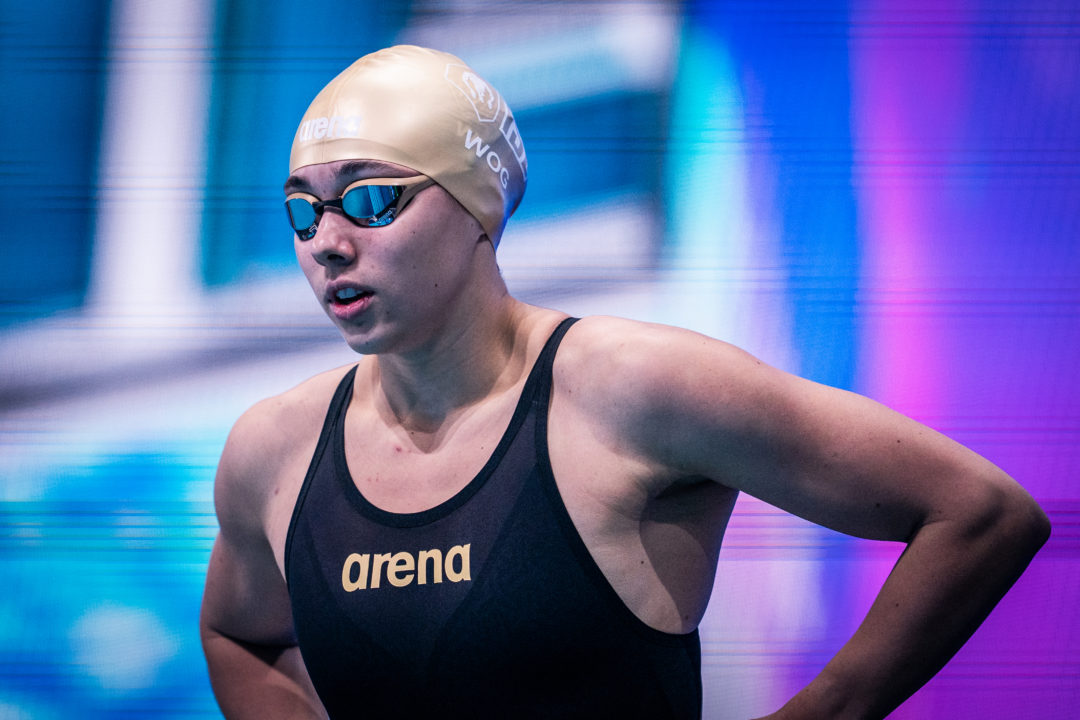 Pickrem won’t need to win the final tonight in order to swim the event in Tokyo as she’s been pre-selected for the team in the 200 IM, 400 IM, and 200 breast.

The question that will be answered tonight, however, is who will join Pickrem in the event.

Kelsey Wog is the frontrunner after prelims, having posted the only other time under the FINA A of 2:12.56 with a 2:12.45. Wog qualified for the team last night in the women’s 100 breaststroke and will have a shot here to add a second event to her lineup.

In order to qualify, Wog will need to hold off the field of women behind her that will be fighting hard for a spot in the top 2. Specifically, a trio of women went 3-5 in the prelims and were all within striking distance of the FINA A.

On the men’s side, Canadian record-holder Finlay Knox looks to be well on his way to his first Olympic qualifying swim after leading the prelims by nearly a second. Knox was a 2:01.75 in the morning which trails both the FINA A of 1:59.67 and his own PB and national record of 1:58.88 from earlier this season. Knox will need to get a little bit closer to his PB tonight to add his name to the roster.

There is potential for more than 1 man to get on the team for the 200 IM but it will take a decent drop from one of them in order to pull it off.