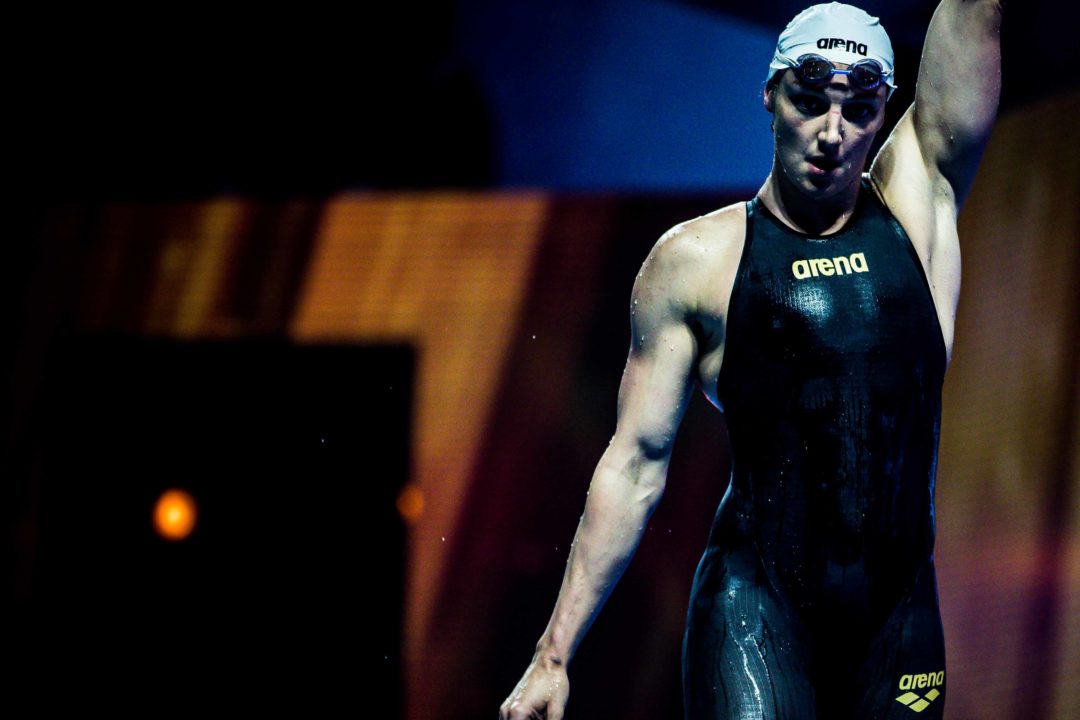 With her win in the 200 IM Monday night in Gwangju, Hungary’s Katinka Hosszu became the first woman to win four straight world titles in a single event.

Other women have come close to winning four consecutive titles: in fact, Swede Sarah Sjostrom came within half a second of completing the feat earlier in the night in the 100 fly, but Canadian Maggie MacNeil pulled off the upset. Katie Ledecky will (almost definitely) win her fourth consecutive titles in the 800 and 1500 free this week.

When it comes to non-consecutive four-time female event winners at Worlds, Hosszu herself has won four 400 IM titles, and Sjostrom has won four 100 fly titles overall.

Great Britain’s Adam Peaty will have a chance at four consecutive wins in the 100 breast in 2021.

Congratulations Katinka. Not to diminish for a second what the Iron lady just did, but USA announcers kept saying say Sarah S would have won her 5th straight in 100 fly. NOT. It would have been her 4th straight, though 5th overall.

Thanks for the correction.