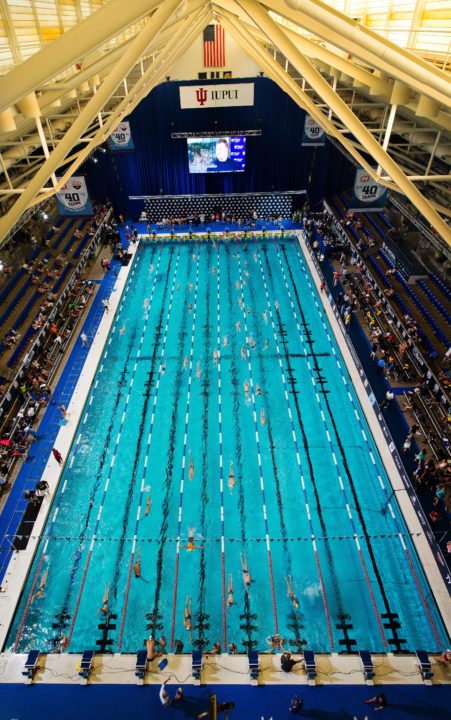 Along with USA Swimming’s announcement that the upcoming Arena Pro Swim Series’ season would be undergoing venue changes, the site of the 2017 Phillips 66 National Championships (LCM) was also revealed.

In addition to becoming an installment in the 2017 Pro Swim Series, hosting a stop from March 2nd to March 4th next year, famed Indianapolis’ IUPUI Natatorium will be hosting the National Championships meet slated for June 27th to July 1st. With World Championships and World University Games taking place next year, the meet also serves as the Trials for those event squad.

New this season for swimmers attending Nationals at IUPUI is the fact that the Phillips 66 National Championship will also count toward the final tallies, but points will be doubled.  Cash prizes will increase to $1200 for 1st place, $700 for 2nd place, $500 for 3rd place, and $200 for 4th place.  Also at stake is a $10,000 bonus, as well as one-year lease on a BMW.

The storied IUPUI Natatorium, who also hosted Nationals back in 2013, is already seeing returns on its $20 million renovation project which officially concluded this week. In addition to the aforementioned meets, the natatorium already hosted last December’s Duel in the Pool and is also the site of the 2017 NCAA Division I Swimming and Diving Championships for both men and women.