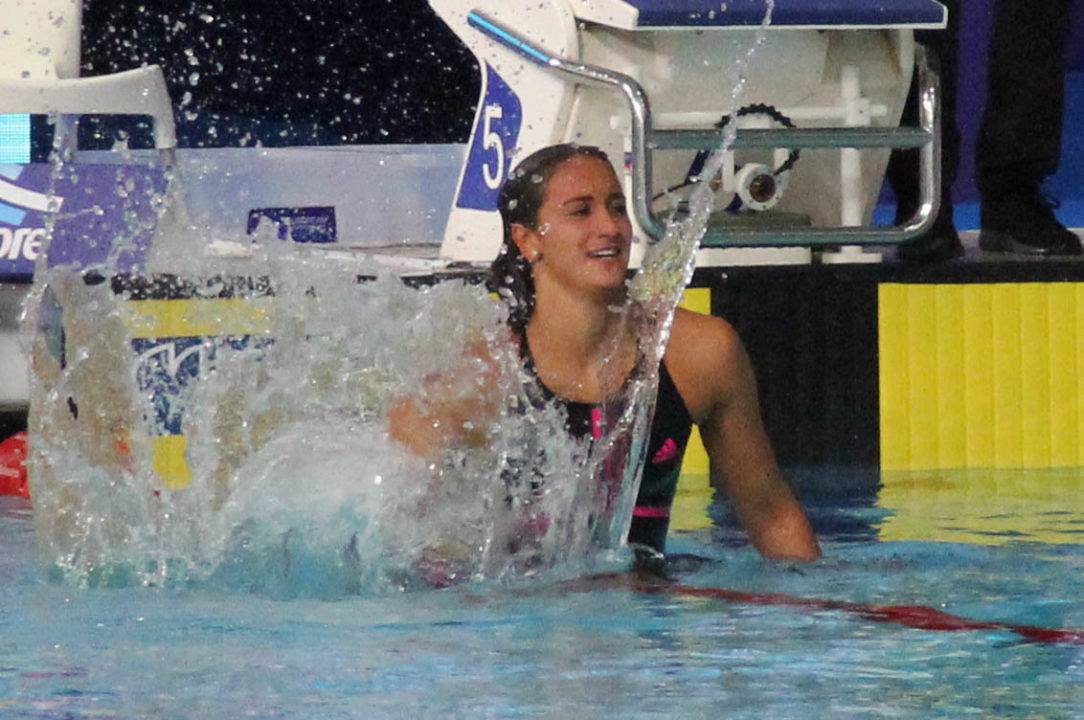 Recognizing young Simona Quadarella's rise through the international swimming ranks during 2018, Gazzetta Dello has awarded the 19-year-old with its Best Female Athlete of the Year. Archive photo via Giusy Cisale

Recognizing young Simona Quadarella‘s rise through the international swimming ranks during 2018, Gazzetta Dello has awarded the 19-year-old with its Best Female Athlete of the Year.

Quadarella first established herself as a legitimate elite player by way of her bronze medal in the 1500m freestyle at the 2017 FINA World Championships.

She followed that performance up with another bronze at that year’s Short Course European Championships, taking 3rd place in the 800m freestyle. That fueled the young gun’s training under Christian Minotti throughout the remainder of 2017/2018 and set the teen up nicely confidence-wise to make her mark on this year’s Eureopan Champiosnihps.

And make her mark she did, as the Italian freestyle ace brought home an impressive 3 individual gold medals from Glasgow. Quadarella topped the podium in the 400m, 800m and 1500m freestyle events, notching a new Italian National Record in the 800m free (8:16.45).

Not to rest on her laurels, Quadarella continued racing in preparation for this year’s Short Course World Championships. While competing at the Mario Battisteli Trophy just last month, Quadarella fired off a new national standard in the SCM 1500 freestyle, clocking a lifetime best of 15:44.76. That time checks-in as the fastest in the world this season, setting Quadarella up for another potential gold medal haul in Hangzhou.