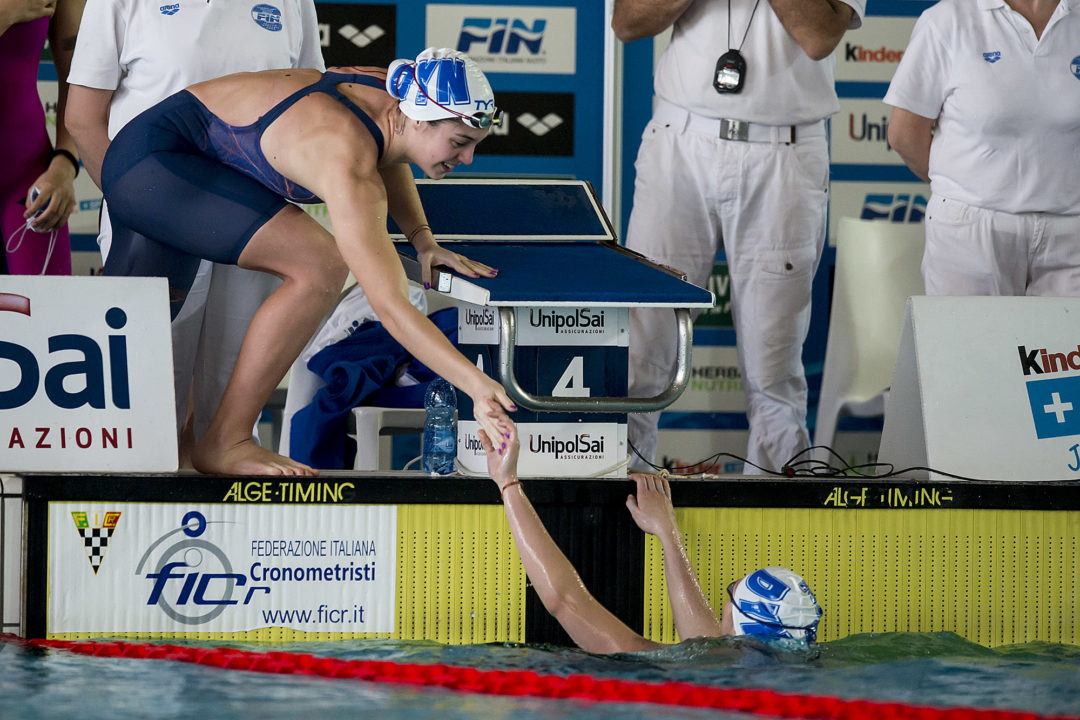 The Italian Swimming Federation has announced that the Italian Junior Championships will be held July 20-August 8 under a new regional format. Archive photo via Giusy Cisale

As originally reported by SwimSwam Italia’s Giusy Cisale, The Italian Swimming Federation has announced that the Italian Junior Championships will take place from July 20 until August 8, under new guidelines following the coronavirus pandemic.

Under these new regulations, the championship will be held at various regional locations in order to comply with social distancing regulations, with Regional Committees overseeing the entire event. Additionally, all meets will be subject to national and regional regulations and guidelines in place.

The locations have not been specified, but the Regional Committees are expected to release them over the next few weeks.

In order to qualify, an athlete had to have been qualified to compete at the championships prior to their cancellation in March. However, the Regional Committees may allow new qualifiers under their own discretion.

After the completion of each regional meet, times will be compiled to form the final results of the championship and the national titles will then be awarded accordingly. However, relays will not be ranked in order to encourage social distancing measures.

The ISF has also announced that it will accept times from the championships towards qualification for higher-level meets, including the 57th-annual Sette Colli meet, which will serve as the Italian Championship this year.

In an earlier announcement, the federation announced the dates for many of the senior-level competitions, including Sette Colli, which is now rescheduled to occur August 11-13.

Sweden held a virtual multi-site national championship meet of its own last weekend. Results of that event are pending.