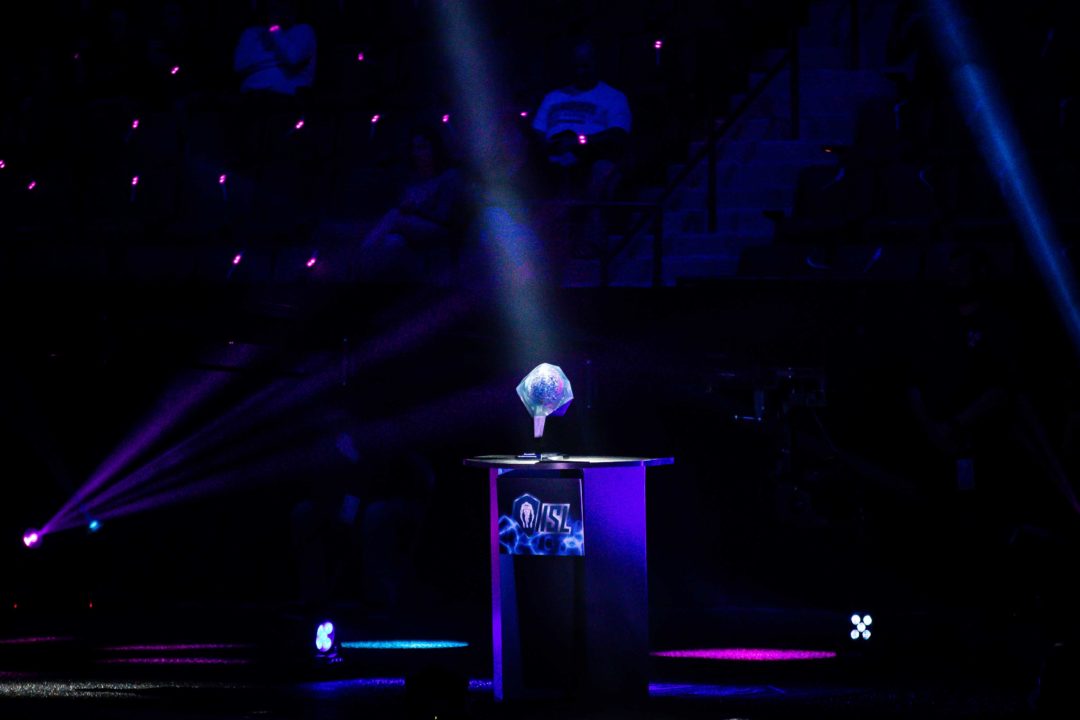 The ISL Championship trophy has been unveiled, and it is quite the trophy for the four contending teams to be battling for. Current photo via Jack Spitser/Spitser Photography

The ISL Championship trophy has been unveiled for the first time today, and it has a shine that will make the four contending teams hungry to get their hands on it. With the event taking place at the Mandalay Bay Event Center in Las Vegas, NV, there couldn’t be a more coveted trophy for the inaugural ISL grand finale.

The trophy follows the televised graphics’ intergalactic theme, with a multi-sided crystal surrounding a lighted globe in the middle of the trophy. The trophy itself may not be as large as imagined (see Bernie Guenther’s tweet for a life-size comparison), yet it fits perfectly as the cherry on top for a historical end to the first-ever ISL season.

All four teams (London Roar, Energy Standard, LA Current, Cali Condors) have been hyping the grand finale for weeks since the conclusion of the derbies, and the teams are more than eager for the competition to begin. Not only is there the trophy, and the clear acrylic pool, but there is without a doubt much energy for the start of the Vegas finale.

Who will raise the ISL Trophy for the first time?

Who gets the trophy? The coach for the team? Parade down the strip! Where does it go until next year?

It’s nice that they’re doing something a bit different but it’s still an ugly trophy.