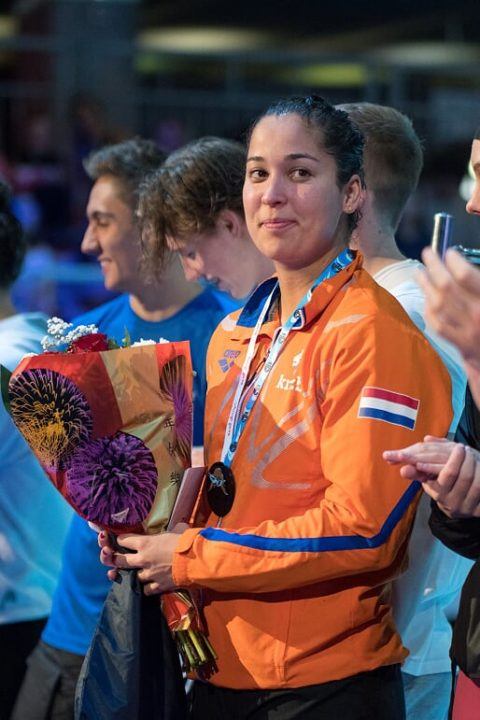 Last month, multiple Olympic gold medalist Katinka Hosszu of Hungary and International Swimming League (ISL) founder Konstantin Grigorishin announced that Hungary’s Iron Lady would be serving as an official ambassador to the ISL with ownership of a team. The team, Iron Swim Budapest, is currently scheduled to compete in front of its home crowd the last weekend of October and we now know at least 2 additional members of the roster who will be repping the team.

World Record holder Alia Atkinson of Jamaica and 2012 double Olympic gold medalist Ranomi Kromowidjojo of Netherlands have both revealed that they will be joining Team Iron. Each athlete seemingly has her own unique nickname as part of the squad, with Atkinson’s IG post indicating she is the ‘Iron Jaguar’, while Kromo’s moniker reads, ‘Iron Panda.’

Atkinson’s and Kromo’s announcements weren’t the only ISL news this week, as the London team beefed up big-time with a wave of Australian notables joining Brit Adam Peaty’s line-up. As we reported, Minna Atherton, Elijah Winnington, Holly Barratt, Alex Graham, Taylor McKeown and Jess Hansen are among the Aussies added to already-named Kyle Chalmers, Cate Campbell, Bronte Campbell and Emma McKeon set to compete as members of Team London.

There’s so little public information about the league so far. It’s only five months until the competition season starts, and we still don’t know the whole lists of teams nor the detailed competition format & schedule. If they want to promote professional swimming, they need to make fans more engaged. If there’s not enough public attention, it’s hard to keep the multi-million dollar league going sustainably in the future.

Are ISL team owners facing any financial risk by signing contracts with swimmers? Or they are backed by Konstantin and he is basically owns the entire ISL. What is his interest?

Can we get roster lists of the teams that have been forming so we can see the progress?

Hi Brent, the roll-out has been really slow and disjointed. We’re not sure why some teams are announcing and others are not; we’re hearing about other athletes committing. Rob Woodhouse, owner of the London team, is an agent, so maybe he’s getting contracts signed more quickly?