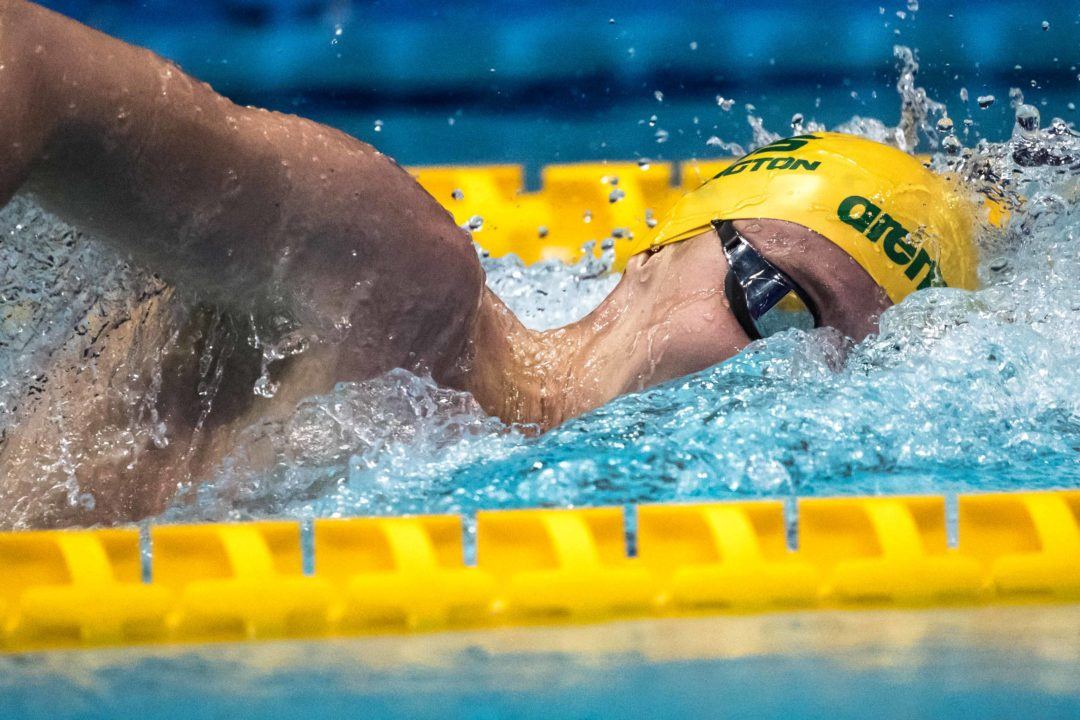 Along with the already announced megastars of Adam Peaty and Cate Campbell, the London-based ISL team is quickly becoming a veritable 'who's who' of Australian elite swimming. Archive photo via Mike Lewis/Ola Vista Photography

The team has become increasingly even more stacked since the original announcement, with the London squad quickly becoming a veritable ‘who’s who’ of Australian elite swimming. Below are additional team members named to the ISL London team within the past week:

The ISL teams aren’t traditional teams that would train together in one location, so this doesn’t mean the Australians will be moving to Great Britain. But the rosters will come together for various events next fall. The London team will host its ISL meet on November 23-24 and has confirmed the attendance of several other big-name swimmers, though they aren’t necessarily a part of the London club.

The ISL’s inaugural season is aiming for 8 clubs across the world: 4 in Europe and 4 in the United States.

Whilst your point usually has some credence, I actually think this may not be the case for the majority of the AUS swimmers linked to this series. Why ?? The reality is that for almost all bar the likes of Winnington & Atherton; Tokyo is likely to be their “last hurrah” and this is an opportunity to get their paws on some extra $$$. Whilst some MAY seek to continue in this league post Tokyo should it last beyond its initial series; this may not prove the financial lifeline they may hope for as their “window of competitiveness” may well have closed by then given their age and injury/physical wear and tear and you don’t survive long in the hard… Read more »

Depends on who is “they”? The racing swimmers? It’s not compulsory to take part in any series for some kudos. The ramaining professional swimmers? Perhaps they didn’t want to participate or hadn’t been invited. So it would be disbeliveing. All the others? Doesn’t matter.

Australian swimmers view London as the start of a European backpacking hoiday .Hence London 2012.& that the taxpayer only gave them $10,000 pocket money. .

I’m sure Peaty won’t give his name to such a shame. Otherwise the weather won’t be the best for backpacking that time 🙂