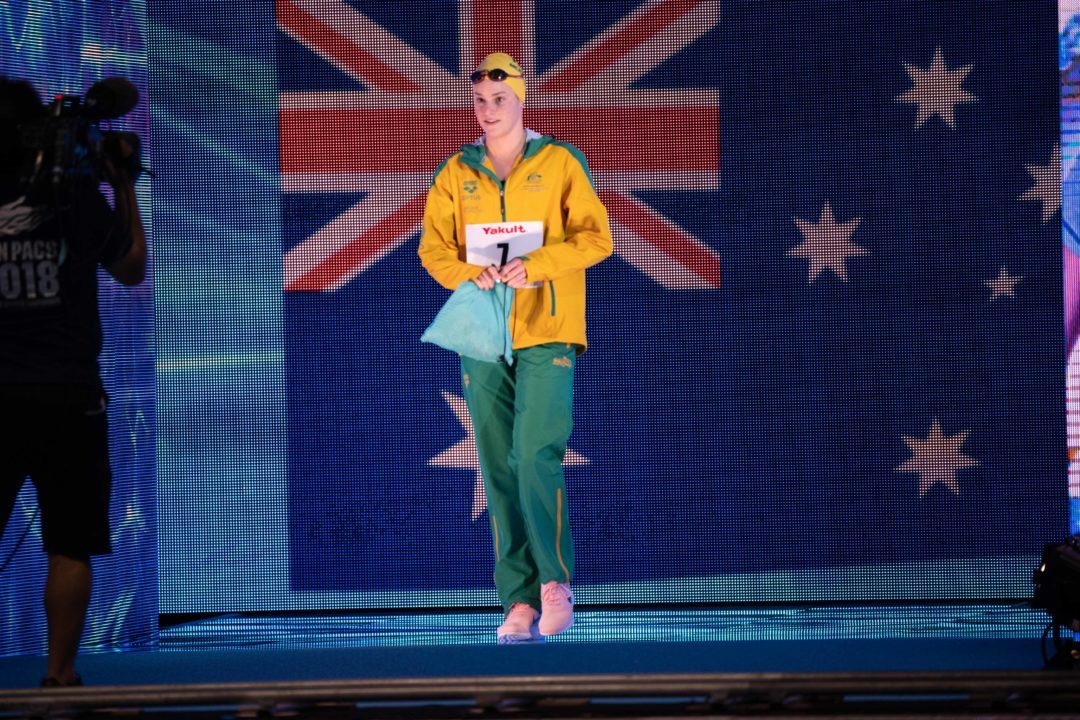 While young Aussie Kaylee McKeown battles her way to the podium at the Youth Olympic Games currently in progress in Buenos Aires, her father is fighting a different kind of war at home. Archive photo via Mike Lewis/Ola Vista Photography

While young Aussie Kaylee McKeown battles her way to the podium at the Youth Olympic Games currently in progress in Buenos Aires, her father is fighting a different kind of war at home. Sholto McKeown, father of both Kaylee and Olympic finalist Taylor McKeown, was diagnosed with glioblastoma, a form of brain cancer, in June of this year.

According to The Daily Examiner, McKeown has already undergone brain surgery to remove a majority of the tumor and was also treated with radiation and chemotherapy afterwards. His doctors have given him a life expectancy of 2 years, something the Aussie says doesn’t damper the family spirit.

“We try to make life as normal as we can – I don’t like talking about it and I don’t like dwelling on it,” Sholto said. “We’re all in the ring beating this together and I have got great hopes to beat it.

“It’s not the end of your life, life carries on and cancer can be part of that journey.

“I would love to see my daughters race in the Tokyo Olympics – there in the back of my mind is a goal to get to.”

Sister Taylor said, “It was extremely sad when we found out because we were just like ‘this has just shattered us’ but now we’re like ‘onwards and upwards’.”

“Having a negative attitude won’t improve the situation so there’s no point in wasting time on that and we’ve just gone full steam ahead saying ‘what can we do to turn this around?'”

So the McKeowns took action as a family. After collecting more-than-expected $17,000 via a GoFundMe campaign, the family wound up teaming up with the Mark Hughes Foundation for Brain Cancer to host a fundraiser on October 20th as a means of giving back. Fellow Australian Dolphins teammates Emily Seebohm, Cameron McEvoy, Tessa Wallace and Jake Packard are expected to attend, while a signed fastskin of Libby Trickett’s from the Beijing Olympics will be one of the items to be auctioned off.

After finishing 5th in the women’s 200m breaststroke at the 2018 Commonwealth Games, Taylor underwent knee surgery and is still recovering. Younger sister Kaylee claimed her first medal of the Youth Olympic Games, a silver, in last night’s 100m backstroke.

Quotes courtesy of The Daily Examiner.