ISL Rosters: Who’s on the Table for the Final 2 Teams? 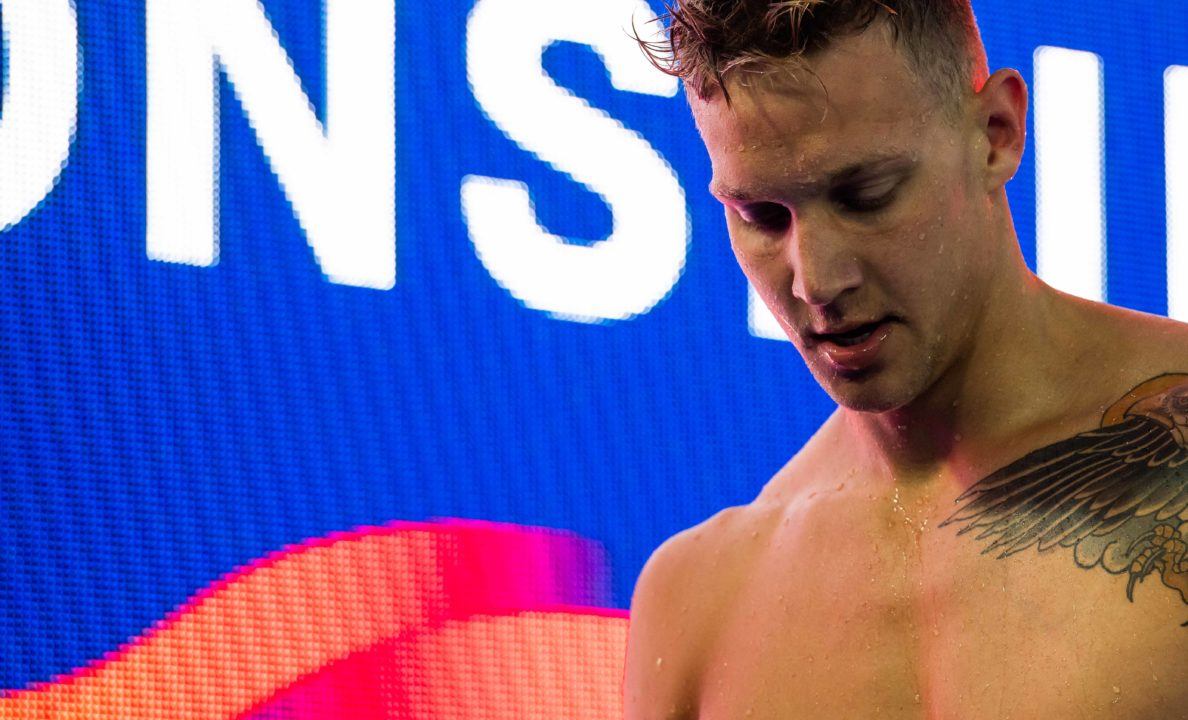 With two more ISL team rosters yet to be announced, we've taken a look at the top international and U.S. names we'd expect to be up for grabs. Archive photo via Mike Lewis/Ola Vista Photography

Torrey Hart contributed to this report.

The International Swimming League began formally rolling out its inaugural season rosters Tuesday, with the final teams (NY Breakers and LA Current) coming out next week. While 97  swimmers from around the globe have signed on so far, two American squads have yet to come out. Below, we’ve outlined a number of swimmers who we’d expect to want “in” on the ISL experience, and given you a sense of which ones would be prudent picks.

From the international side, we’ve assembled a list with the understanding that Asian swimmers are by-and-large skipping the series (most indications, aside from Siobhan Haughey who trains in the US, is that they are).

There have still been very few Brazilians announced, which will have the biggest impact on the men’s side, where most of the country’s power is. Specifically, its sprint group: the likes of Joao de Lucca, Marcelo Chierighini, Bruno Fratus, and Pedro Spajari are all still available and eligible.

Out of Canada, there’s still a few names that are probably worth roster spots. Mack Darragh, who specializes in the 200 fly, which is not a deep event globally (especially without Japanese participation), and Canadian Record holder Markus Thormeyer are both very good in short course.

There  are still a number of Australians who haven’t been announced as well. Mack Horton, though his specialties in the 800 and 1500 frees makes him less valuable in this format than he is in a traditional meet (though he can also swim a solid 200 and 400). The same goes for Commonwealth Games and Pan Pacs champion Jack McLoughlin, who won gold in the 1500 at Commies and in the 400 at Pan Pacs.

Given the format, IMer Clyde Lewis and Madi Wilson might be the most valuable names out there, though young swimmers like Bradley Woodward and Josh Beaver are charging hard and by 2021 could be superstars in this league. Also worth noting from Australia is Grant Irvine, who is still available. The fact that none of these names have been announced could be read to mean that they’re on one of the two American teams, given that swimmers on European rosters had much more freedom to announce their destinations to this point than did swimmers on American rosters.

Not many names are still available from Europe, where most of the best swimmers are staying home. The biggest one is probably Pernille Blume, the defending Olympic gold medalist in the 50 free, who had some huge swims at the Champions Series beating the likes of Sarah Sjostrom and the Campbell sisters. She seems to have bounced back to full form already after heart surgery earlier this year.

One very interesting name is Marius Kusch, from Germany. Most of his countrymates wound up on the Italian roster after the German team delayed its launch until 2020, but he’s still not announced. He had an enormous Division II season – one of the best in history – last season, and is the 2017 European Short Course Champion in the 100 fly. With a lot of versatility, and being so good in short course, he seems likely to wind up on a roster. His girlfriend, world record holder Kathleen Baker, also has not been named to a team yet – but keep in mind that the two remaining American teams, the New York Breakers and the LA Current, will have identical regular season schedules, so they wouldn’t have to be on the same team to swim at all of the same meets.

The other big stronghold that hasn’t done much so far is South Africa. Given their relative lack of financial support from their federation, one would expect the opportunities that ISL provides to be very popular there. Chad le Clos will swim for Energy Standard, the club he trains with, but there are lots of other names still available. Brad Tandy, who won silver at last year’s Commonwealth Games in the 50 free; or recent breakouts on the women’s side Tatjana Schoenmaker (Commonwealth gold in the 100 and 200 breast) and Erin Gallagher would also be big pickups. Tina Andrew, GM of the New York Breakers, is from South Africa, so there could be a tie there.

Dare we dream – would Cameron van der Burgh, now a titan of high finance in London, come out of retirement as the defending Short Course World Champion in the 50 breaststroke? If Coughlin is back in action despite a three-year break, it’s hard to rule out van der Burgh, who has been out of competition for a very short time. He was present at the London summit in December, though it’s unclear in what capacity.

Also missing from all rosters is Kliment Kolesnikov. Initially, one might have assumed that the Russians weren’t participating, but there are a few on rosters. Kolesnikov, the 2018 SwimSwam World Swimmer of the Year, does most of his training with Energy Standard, so his absence from their roster sort of implies that he might not be participating. We’ve included him, though, just in case.

From the American contingent yet to be announced, Ella Eastin has the highest impact potential. A versatile IMer and mid-distance freestyler, the recent Stanford grad should be a huge pickup. After Eastin, there’s world record holder Kathleen Baker. While Baker is an obvious pick for back and IM purposes, Eastin versatility gives her an edge. Olympic medalist Leah Smith could also be highly valuable, though her main events are lesser-suited to the ISL’s format. We also know that Simone Manuel will be involved in the league (she was announced as an ambassador months ago), but whether or not she will swim in the inaugural season remains to be seen. Lia Neal, another sprinter and Olympic medalist, would be valuable both individually and on relays for ISL teams.

Indiana post-grad Annie Lazor, who currently leads the world in the 200 breast, would also be a solid pickup, as would recent Cal grad Katie McLaughlin, who’s been on a tear in the 100 fly and 200 free as of late.

Other names we expect are on the table still include Dana Vollmer, Allison Schmitt, Kendyl Stewart, Amy Bilquist, Micah Sumrall, Ally McHugh, and any of the DeLoof sisters. There are a few other recent NCAA grads we could see, like Joanna Evans, Aly Tetzloff or Emma Barksdale.

The men’s side still has a number of active Olympic medalists without teams. Caeleb Dressel, Ryan Murphy, Chase Kalisz, Ryan Held, Blake Pieroni, and backstrokers Matt Grevers and Jacob Pebley all remain as potential massive contributors. Olympian Conor Dwyer is also out there, though his status is a question mark as he recently was removed from the 2019 FINA World Championships roster without explanation. Jack Conger, who took Dwyer’s spot on the 4×200 free relay after Dwyer dropped out, also hasn’t been named to a team, and neither has Gunnar Bentz, who popped up at a couple meets so far this spring. Olympic medalist Tom Shields is also unlisted so far, but posted on Instagram that he’ll be participating.

In the recent college grad category there’s also the Cal’s Justin Lynch, who has been racing the Mare Nostrum series, as well as Andrew Seliskar and Mike Thomas. Seliskar, who won the 200 free, 200 IM and 200 breast at NCAAs, is an elite option, especially in short course meters. Texas alums Tate Jackson and Jeff Newkirk, NC State’s Jacob Molacek, Alabama’s Robert Howard, Towson’s Jack Saunderson, and USC’s Carsten Vissering and Patrick Mulcare are without teams as well.

Former ASU star Cameron Craig is a big question mark here as well. Craig said after leaving ASU earlier this year that he was unsure whether he would return to the NCAA or not. If he decides to forgo his remaining NCAA eligibility, he would be free to join ISL. If he really is still unsure about returning to collegiate swimming, however, then we will likely not see him competing on an ISL team this Fall. Craig’s current teammate Devon Nowicki is also eligible to compete on a team. After finishing second in the 50 breast and third in the 100 breast at US Nationals last Summer, Nowicki would be useful both individually and on medley relays.

*We don’t know if Conor Dwyer is still seriously training, nor has Cameron Craig publicly declared that he’s going pro.

Tim Phillips has some serious explosiveness. Is he still around or did he retire?

What about Amanda Weir?

Amanda was a great swimmer in her prime. If she makes a team in the ISL, then this whole thing is a farce. Her best times last season were 26.18/56.29. That’s not ISL-caliber.

I’ll wait while you tell me what Natalie Coughlin’s times were last season.

I’m assuming Anthony Ervin is going to pop up on one of these rosters?

I wouldn’t be surprised if the Cali Condors are just waiting to announce Dressel. There are three former Gators on the team.

Wouldn’t be the worst marketing move in ISL history (there’s been a lot), but it sure would be up there!

No mention of Will Licon or Josh Prenot??…

Good catch – missed them both. Added to the ranking above.

Did Josh Prenot announced he won’t be joining? I don’t think he has a team yet, though he is considered mainly breaststroker but it seems that is in demand for the remaining two US teams.