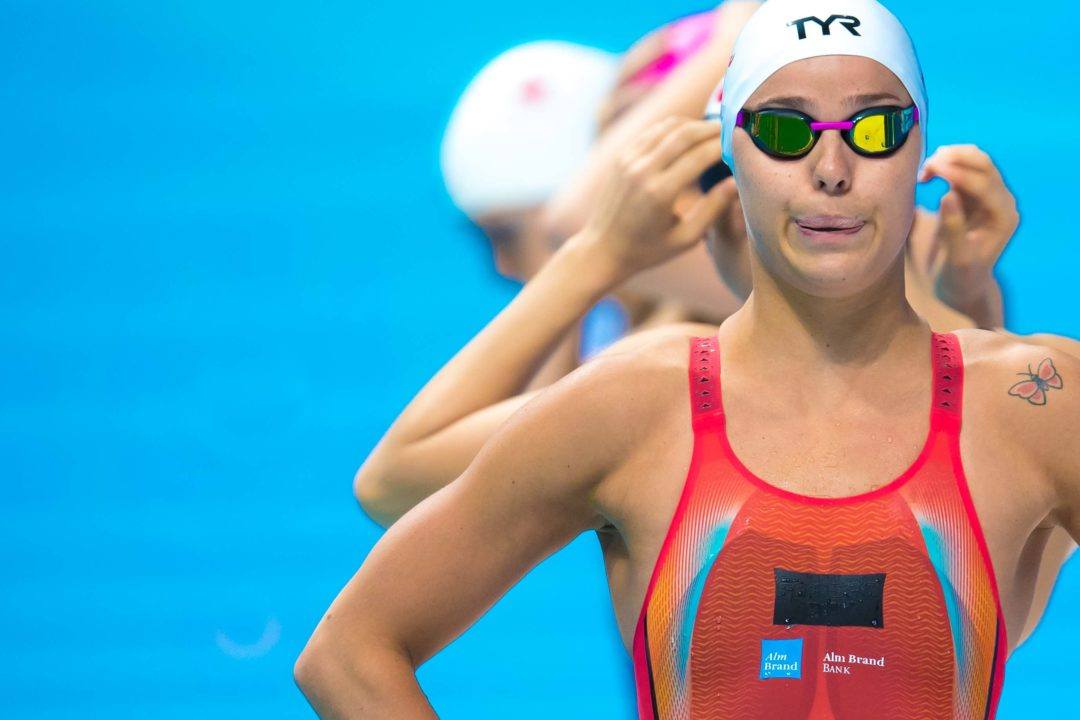 Pernille Blume, the 2016 Olympic champion in the 50 free, has undergone surgery to close a small hole in her heart. Archive photo via Mike Lewis/Ola Vista Photography

Denmark’s Olympic gold medalist Pernille Blume underwent heart surgery in January. According to the Danish Swimming Federation, the operation to close a ‘small hole’ in her heart was considered a success.

The purpose of the procedure was to reduce the risk of blood clots and cardiac arrest. The federation says that the surgery proceeded as planned and that there were no complications.

She was originally being treated for a nerve disorder in her left arm when doctors discovered the clot and the hole.

“I knew that in the end it was necessary to intervene if I wanted to reach my ambitions and goals,” Blume said. “I have had several meetings and conversations with skilled doctors, including Team Denmark’s doctor, and in consultation with them, my trainer and chief physician Michael Rahbek Schmidt decided that I should close the hole in my heart to reduce the risk of blood clots and cardiac arrest. Throughout the process, I felt like I was in really knowledgeable and skilled hands.”

She will begin her rehab with a training camp in South Africa, along with the rest of the swimmers from the National Training Center. After a few weeks of training, she will decide which spring meets she will prioritize.

The 24-year old Blume surprised in 2016 when she won gold in the women’s 50 freestyle. She also added bronze as the anchor of Denmark’s 400 medley relay, and a year later won individual bronze in the 100 free at the World Championships.

Blume skipped December’s World Short Course Championships but most recently raced at the Salnikov Cup just before Christmas where she won the 50 free (23.98) and 100 free (52.36) in short course meters. At the 2018 European Championships, she won silver in the 50 free in long course (23.75) and, after qualifying first through to the semi-finals of the 100 free, was just 10th in the 2nd round to miss the final.

Hope she is well

Oh man!! What is really going on with all of the swimmers

More young athletes should get their heart checked out (ECG and echo) to make sure there is no congenital disease. Too many high school and college athletes pass away during sports from unknown cardiac disease