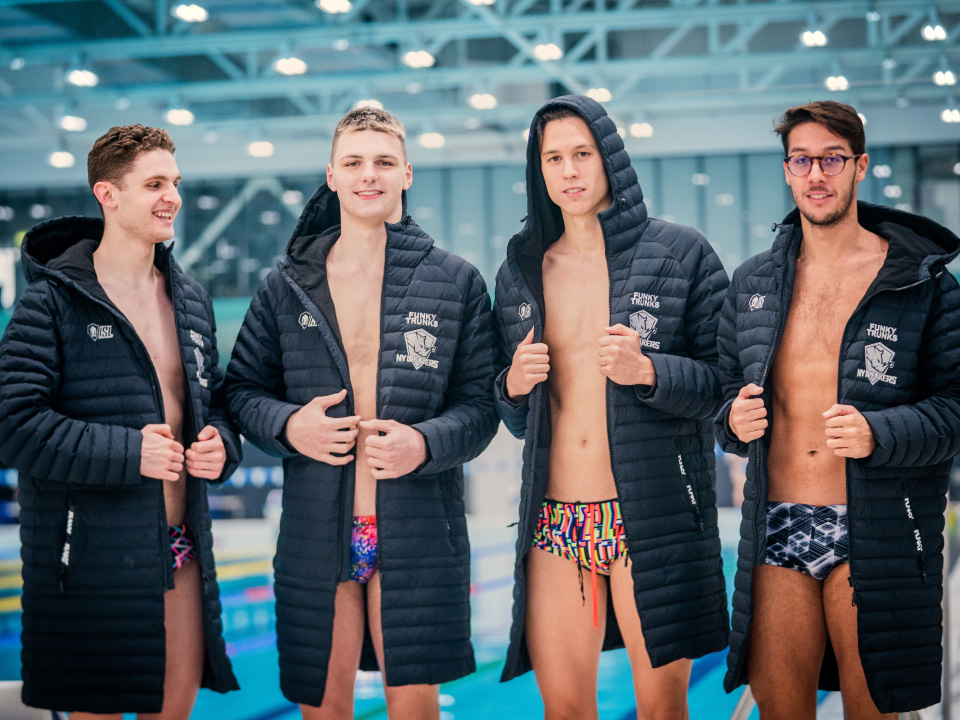 Katie Hoff a former World Record holder will now be an ambassador for the National Blood Clot Association after being diagnosed with blood clots back in 2014.

We’re doing a quick wrap up on the New York Breakers and their showing at Season 2 of the ISL. Although they didn’t qualify for the final, there were still strong performances by the team, highlighted by their results in the first semifinal match. Of note were 1st-place finishes from team captains Emily Escobedo and Michael Andrew, as well as Russian sprinter Arina Surkova.

Emily Escobedo’s win in the 200m Breaststroke caps off a stellar second season with the Breakers which saw her ranked 2nd overall in the ISL in the event. The American’s time of 2:16.71, 2-tenths off her season best, was fast enough to hold off London Roar’s Annie Lazor. The following day, Escobedo notched a season-best time of 1:04.31 in the 100m event, again out-touching Lazor.

With his time of 51.66 in the 100m IM, Michael Andrew outraced the (now former) world record holder in the event, Tokyo Frog Kings’ Vladimir Morozov, to win his first race in ISL Season 2. Andrew, whose sprinting versatility is well-suited to the ISL format, contested 6 other races in the semifinal – 100m Butterfly, 50m Breaststroke, 50m Backstroke, 4x100m Medley Relay, 50m Butterfly, and 50m Breaststroke Skins. He finished the season 24th in the overall ISL MVP standings, the highest ranking of the team.

In the semifinal alone, however, it was Arina Surkova who scored the most points (25.5) for the NY Breakers. Twelve of those points came from a season-best performance of 24.87 in the 50m Butterfly, in which she picked up 3 jackpot points and upset the powerful Energy Standard duo of Madeline Banic and Sarah Sjostrom. Surkova again out-touched Sjostrom in the first round of the 50m Butterfly Skins later in the session; she went on to finish 3rd overall in points for the event as Banic and Sjostrom both qualified for the final round.

Other notable Breakers’ semifinal performances included 2nd-place finishes from German Marco Koch in the 200m Breaststroke and Russian Svetlana Chimrova in the 200m Butterfly. The current world record holder in the 200m Breaststroke, Kirill Prigoda, held off a late surge from Koch to take gold by only 0.11 seconds. Koch’s time of 2:01.31 is just off his season-best time of 2:00.58 from Match 6, which remains the fastest time in ISL history. Chimrova’s time of 2:05.56 ranks her 4th in the ISL this season; Tokyo Frog Kings’ Suzuka Hasegawa, who won the event, is ranked 1st.

Polish sprinter Kasia Wasick’s 50m Freestyle time of 23.49 was also good enough for second, only 0.06 behind the world record holder, Sarah Sjostrom. Like Koch, Wasick’s season-best time from Match 6 (23.30) remained unbeaten this season. Wasick and Koch are the only two NY Breakers swimmers to be ranked 1st in the ISL in an individual event. Together with Surkova, Wasick’s sprint performances have been invaluable for theteam this season. Their success is even more meaningful given the absence of Danish phenom Jeanette Ottesen, who left Budapest after Match 1 to spend more time with her family.

Abbie Wood and teammates take a quick break from training.

Several other strong performances throughout the roster showcased the depth that brought the Breakers to the semifinal in the first place. British medley swimmer Abbie Wood finished her season with two 3rd-place finishes in the semifinal (200m and 400m IM), making her the 3rd-highest ranked NY Breakers swimmer in the ISL MVP standings. Hungarians Boglarka Kapas and Ajna Kesely finished 3rd and 4th in the 400m Freestyle. British breaststroker Molly Renshaw backed up Emily Escobedo by finishing 3rd in the 200m and 5th in the 100m Breaststroke. UK Funkita athlete, Chloe Golding, earned valuable international race experience throughout the second ISL season, lining up against some of the world’s best backstrokers in the 200m Backstroke semifinal.

On the men’s side, Australian Brendon Smith – one of only two Australians who was able to compete in the ISL this year – finished 3rd in the 400m freestyle and 5th in the 400m IM. Brazilian Brandon Almeida, ranked third in the ISL in the 400m IM, placed 3rd in the semifinal ahead of Smith. Another British medley swimmer, Joe Litchfield, showed off his characteristic versatility by racing in the 200m IM, 4x100m Freestyle Relay, 50m Backstroke, 4x100m Medley Relay (backstroke), 100m IM, and 50m Butterfly. World Championships and Commonwealth Games medalist and Funky Trunks athlete, Lewis Clareburt, finished up his first ISL season with a 4 point swim for the Breakers in the 200m IM.

Funky Trunks sponsored UK swimmer, Jacob Whittle, swum his fastest relay leg in the semifinals. As the youngest member of the NY Breakers team at 16, Jacob showed he was worthy of a spot on the team swimming a 47.58 in the opening leg of the men’s 4 x 100m Freestyle relay, helping earn 6 points for the Breakers. This time places him 10th on Great Britain’s All Time Best for the 100m short course Open Age Group and puts him behind Matthew Richards’s British Record of 46.84 for 16 year olds.

Although the NY Breakers did not qualify for the ISL final, Austrian Felix Auboeck (ranked 3rd in the ISL in the 400m Freestyle) had the chance to compete in a trial of the men’s 800m Freestyle race after Day 1 of the final. In this event, points would be awarded not only at the end of the race, but at the 100m and 400m marks as well. This race could offer a taste of how the ISL will look to include distance specialists as it continues to break new ground in professional swimming. It would be welcome news to Funky Trunks athlete and 2019 NY Breaker team member, Jack McLoughlin. The Commonwealth Games and Pan Pacific Championships medalist was prohibited from racing in the 2020 ISL season, due to Covid restrictions, but is already looking forward to Season 3, particularly with the possibility of an added long distance event.

Funky Trunks and Funkita are giving you the chance to win your very own Puff Daddy Deck Coat as worn by the New York Breakers. To enter head to the @SwimSwamNews Instagram page here.

The International Swimming League (ISL) is an annual professional swimming league, established in 2019, which features a team-based competition format with fast-paced race sessions which aim to engage spectators while offering generous athlete compensation. The 2020 International Swimming League Season will include a 5-week regular season camp in Budapest, Hungary, beginning on October 16. All 10 of the league’s teams will be in one location for training and competition. The top 8 teams will advance to the semi-finals in November in Hungary, with the top 4 teams advancing to the finals in December.