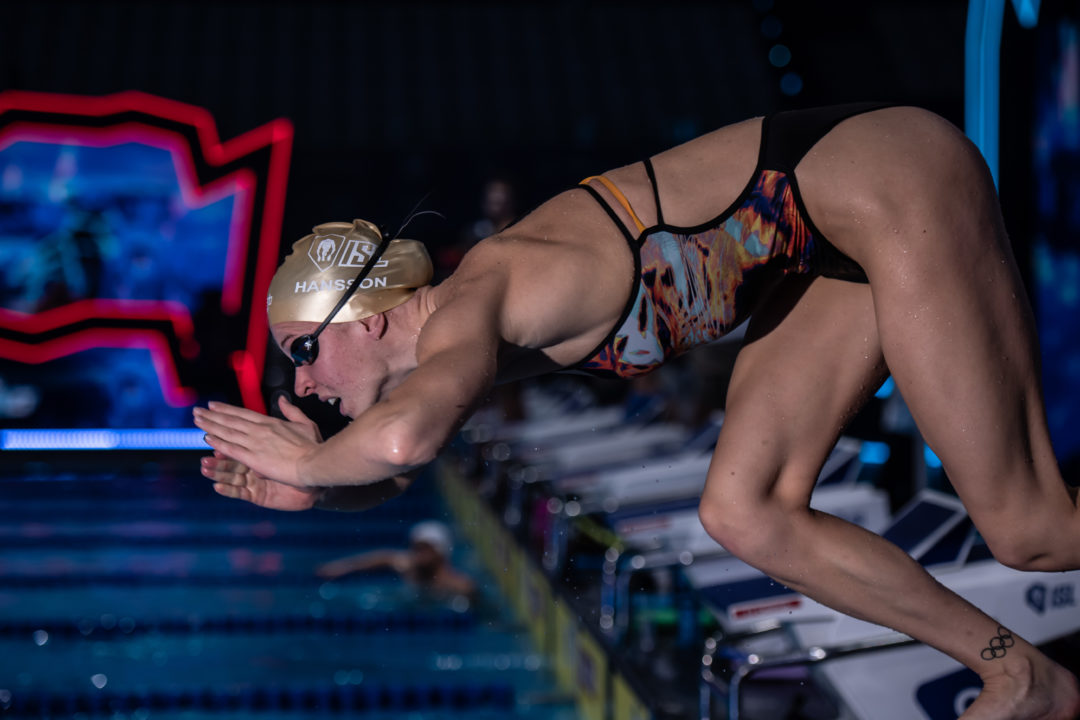 While Toronto has a bounty of sprinters heading to Naples, individual versatility will play a crucial part in filling in some holes in the roster. Current photo via Mike Lewis/Ola Vista Photography

With only days to go until the first meet of the 2021 International Swimming League season, the Toronto Titans are the first team for which we have a confirmed list of the athletes they will send to Naples, Italy for their first 4 matches. Toronto will send the following 32 swimmers to Naples:

Toronto’s strength this year will be relatively similar to what they excelled in last year. 4-time Olympic medalist, Kylie Masse is fresh off a double silver medal performance in the 100 and 200 backstroke and will give Toronto quite an edge in the stroke. Additionally, both the men’s and women’s squads have a pretty deep sprint freestyle field and will have a number of good options for the 50/100 freestyles, along with the freestyle relays. Among those set to race the sprints for Toronto are Kayla Sanchez and Kasia Wasick, Michelle Coleman, Brent Hayden, Lorenzo Zazzeri, and Blake Pieroni. Those 6 don’t represent an exhaustive list, however, as the team has more than enough swimmers to fill out their relay rosters without branching out to their non-freestyle swimmers.

Along with the backstroke and the sprints, the women’s team will also have a solid lineup for the 200 and 400 freestyles as Olympic finalist Summer McIntosh will be debuting this season. The 14-year-old distance star could be an important part of Toronto’s team as she eyes the jackpot points available in the event.

Both the men’s and women’s teams should have a decent shot at a number of skins events considering the team’s sprint depth. In particular, Kylie Masse, Blake Pieroni, Shane Ryan, Kayla Sanchez, Kasia Wasick, Marius Kusch, Anton McKee, Louise Hansson, and Michelle Coleman should give them a number of options in the 3-round event depending on what stroke is chosen for the race.

Both the men’s and the women’s team had a breaststroke all-star last season in Anton McKee and Kelsey Wog but considering the lack of depth in the stroke, we’re not quite sure if the stroke will be a strength or weakness and we’ve learned that it’s essential to have not 1, but 2 strong swimmers in an event to take full advantage of the scoring system.

On the men’s side, there seems to be some potential for the breaststroke group which will be led by McKee following his ISL debut for the Titans in 2020. McKee was strong in all 3 breaststrokes, picking up a series of top 3 finishes and a couple of wins during the regular season. Whether or not breaststroke becomes a strength for the team depends, however, on whether or not McKee continues his prowess into season three and if teammates Fabian Schwingenschlogl, Finlay Knox, and Tobias Bjerg can be a complementary force to McKee.

While Kelsey Wog, like McKee, was an important breaststroker for Toronto during season 2, there seems to be less depth behind her in the stroke than we see on the men’s side. One effect of a sprint-heavy women’s team is that apart from Wog, Dominika Sztandera is the only primary breaststroker, and is still a little outside of what it will take to join Wog in the top tier of the stroke. Toronto will rely on Sztandera shaving some time off her current short course PBs (29.82/1:04.01/2:24.92) or will need Candice Hall or Tessa Cieplucha to make a shift towards breast in order to take full advantage of Wog’s ability.

One weakness for Toronto will be the women’s butterfly events. Aside from Swedish butterflier Louise Hansson, it seems like most of their entrants for the butterfly events will be primarily freestylers or IMers who will have to shift to butterfly. This situation has arisen in the absence of Rebecca Smith and Emily Overholt who were butterfly staples for the team in 2020. Among those who we can expect to see joining Hansson in the events are Kayla Sanchez, Michelle Coleman, Tessa Cieplucha, and Candice Hall.

With a year less experience than all other teams, save Tokyo, in the league, the Toronto Titans lost a few key members in Michael Chadwick, Andrii Govorov, Emily Overholt, and Jocelyn Ulyett, but have retained the majority of their aforementioned top talent. It seems like coaching decisions will play a major part in Toronto’s success as they attempt to fill out some of their thinner events.

Their sprint freestyle depth will be a big plus considering that with relays and skins in mind, teams are certainly rewarded for sprint strength. If Toronto gets into a groove wherein they use the right sprinters at the right time while also making sure to save some of their more versatile swimmers for the butterfly, breaststroke, and IM, they should have a decent shot at improving upon last year’s performance.

Sara Junevik. 25.8 LC 50 fly was a late addition who should best Louise in the 59 fly. And what’s Sanchez’s PB in the 50 free, thought Wasick and Coleman were quicker.

She’ll be awesome in whatever she swims

I agree. This chart doesn’t capture Summer’s versatility. She will be a huge asset to the team. ISL should provide her with an opportunity to test out some of her other events again after her freestyle focus in the lead up to Tokyo.

Surely max Litchfield would also be an option in the 400im (and perhaps the 200im) for Toronto considering he finished 4th(?) at the Olympics and has had ok showings for energy standard previous years.

Anton McKee going to be pulling some IM duty. One of the only swimmers I can think of who swam 500 free and the breaststroke in NCAA