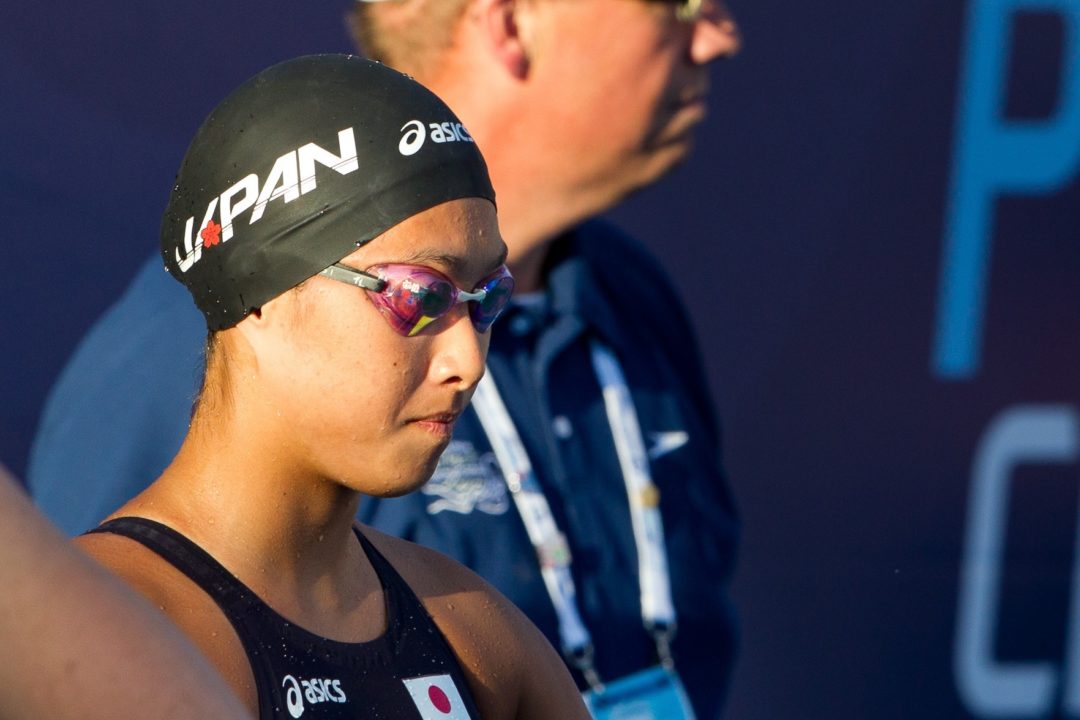 Satomi Suzuki, who won a bronze medal in the 100 breaststroke at the 2012 Summer Olympic Games, has failed to even final in Tokyo on day 2 of the Japanese National Championships. Archive photo via Tim Binning/TheSwimPictures.com

The ever-consistent Ryosuke Irie has popped once again to the top of the world rankings on day 2 of the 2015 Japanese National Championships at Tokyo’s Tatsumi International Pool, swimming a 52.99 to leap-frog the 53.10 done by Australian Champion Mitch Larkin earlier this week.

With Irie’s penchant for swimming fast all-year round, he’s spent much of this decade at the top of the world rankings in the 100 and 200 meter backstrokes. Although this time is about half-a-second slower than he was to win the title last season, it’s still faster than he was the year prior where he fell at this meet to Kosuke Hagino (who chose to focus on the 200 free prelims and semi-finals on Wednesday instead).

In the men’s 100 meter breaststroke final, Yasuhiro Koseki was the lone swimmer to break a minute, swimming a 59.73; he was followed by Ryo Tateishi (1:00.04) and Kosuke Kitajima (1:00.18). The Japanese men’s breaststroking group is still deep, but has fallen into a bit of a lull on the top-end. This year’s race with World Championship spots on the line, however, was still much better than the 2014 ‘off year,’ which was overall about a full second slower.

In the women’s 100 fly, Wednesday’s only women’s final, Natsumi Hoshi was able to repeat as the champion in 58.62, fighting back on a courageous front-half from the young Rino Hosoda (59.06).

In fact, at the turn, Hoshi was in just 3rd place, also behind eventual bronze medalist Tomoyo Fukuda (59.52).

In the timed final of the men’s 800 free, Yousuke Miyamoto swam 7:53.05 to win, which is a time that is unlikely to even final at the World Championships.

I am interested to see what Rikako Ikee can do in the 100 – Other than Ueda circa 2012, they have always struggled with sprint free. I love this girls freestyle stroke – I don’t think I have seen a Japanese swimmer with levers as long as Rikako.. beautiful and naturally rangey swimmer – I hope that isn’t trained out of her.