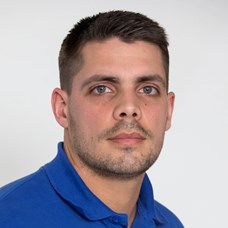 Swim Ireland's National Head Coach and Head Coach of the National Centre (Dublin) Ben Higson revealed he will be making the move to Australia. Archive photo via Swim Ireland

A big move is taking place in the international coaching world as Swim Ireland’s National Head Coach and Head Coach of the National Centre (Dublin) Ben Higson revealed he will be making the move to Australia.

As of mid-March, Higson will be taking on the role of Head Swimming Coach for the Western Australia Institute of Sport in Perth.

Higson has been in his current role since 2017 when he was recruited by former Plymouth Leander coach-turned Swim Ireland and National Performance Director Jon Rudd.

Prior to Ireland, Higson had been recognized as one of the most successful Scottish swimming coaches in recent years, having led the National Centre at the University of Stirling since the 2013/14 season.

Higson had an impressive portfolio of athletes under his tutelage at Stirling, including now-retired Olympic medalist Robbie Renwick, European Champion and Olympic medalist Ross Murdoch, as well as European Open Water Champion Danielle Huskisson. Higson was part of Bill Furniss’ British coaching staff at the 2016 Olympic Games in Rio.

Following his decision to take on his new Western Australia role, Higson said, “It has been a privilege to work within the Swim Ireland Performance department and the Irish Swimming community over the past four and a half years. I cannot speak highly enough of the athletes, coaches and support staff that I have been fortunate to work for and with. Their commitment and dedication has been second to none. Over the last few years, Irish Swimming has made significant inroads on the world stage, and I am very proud to have contributed to this. I wish the Irish Swimming community nothing but the best and have every faith in the continued growth and success of the sport on the island of Ireland.

Of Higson’s departure, Rudd said, “Ben’s contribution and legacy to Irish swimming will be felt for many years to come and he has certainly helped me and other members of the Performance team to establish ourselves more firmly as a swimming nation that is capable of performing at the highest level. On a personal level, I will miss his contributions and ideas in all areas of what we do, both strategically and operationally, and he moves on to this new role with our thanks and our sincere best wishes

“We have some time now to take stock and review what we can and should do to reformulate the Performance team in preparation for Paris 2024 and beyond. Something of this nature should be seen as an opportunity for a team to reflect on how they can operate for the betterment of the programme and the athletes both in our daily care and as part of our National Programme and we will do this with careful consideration. It remains an exciting time for Irish swimming following our results in 2021 and with three National Centres now available to our premier athletes and a rejuvenated National Programme planned for 2022 and beyond, there is much to look forward to.”

The WAIS Program is the WA High Performance Hub as part of Swimming Australia’s National Strategy. As Head Coach Higson will lead a multi-disciplinary team focusing on athlete performance, wellbeing and sport science, towards the Paris 2024 Olympic Games and other benchmark international competitions.
WAIS Chief Executive Steve Lawrence said, “Ben has an excellent record of developing internationally competitive swimmers. I am very excited about the contribution he can make as a coach and leader of the WAIS swim program heading towards the 2024 Paris Games and the 2032 Brisbane Games.

At the 2020 Olympic Games, Ireland brought its largest swimming squad ever, with 9 athletes representing the nation. Overall Ireland scored an Olympic final and two top-16 finishes all while establishing 5 new Irish Senior Records.

Congratulations, Ben! Best of luck Down Under!

Good luck to Ben. He’ll start from scratch though, since most swimmers in Palfrey’s WA squad, including 2 of his 3 olympians, went with him to QLD, while the third one moved to SA. Paris 24 may be too early to shine.