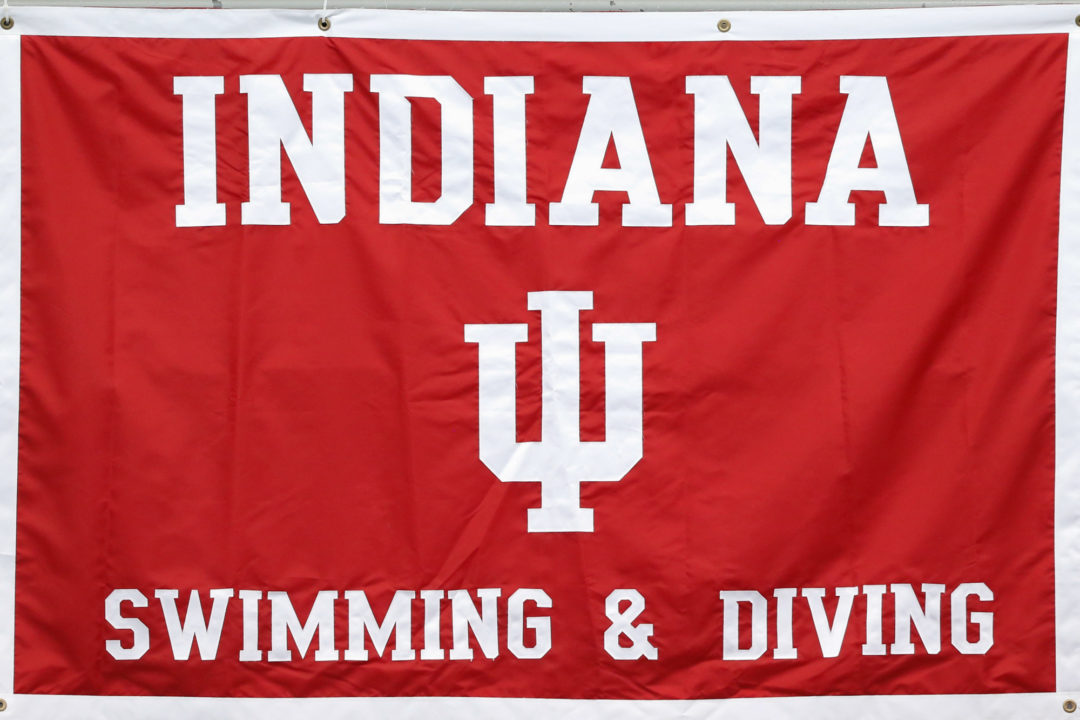 A specialist in the sprint freestyle events, Ben Stevenson will be heading to Bloomington, Indiana this fall to become a Hoosier.

A two-time Ohio high school state qualifier, Ben Stevenson has made the decision to join Indiana University following his high school graduation this spring. Stevenson is currently in his senior year at St. Charles Preparatory School and does his club swimming with the New Albany Aquatic Club.

Stevenson has seen steady improvements in his events over the last year, highlighted with a pair of best times in the sprint freestyle events at the Winter Junior Championships-East. In the 50, he dipped below 21.0 for the first time, touching in 20.96. He also took two tenths off his best time in the 100 to finish at 45.52. Since that meet, he has also added a new lifetime best in the 100 fly, finishing the event in 52.47 at a meet in January.

As is typical for the Hoosiers, the team has been dominant this season. The men’s side has beat eight top-25 ranked times this season in dual meets and easily won the Ohio State Invitational over teams such as Ohio State and Virginia Tech, among others. As of the January edition of the CSCAA’s Top-25 rankings, the team currently sits as the 5th best in the country.

Last season, Indiana finished 6th at the NCAA Championships. The team’s only medalist of the meet came on the diving board, with Andrew Capobianco claiming first on the 3m-board. In the sprint freestyle events, the team was led by Jack Franzman, who was a B-finalist in the 50 free. Franzman is currently in his senior year with the team.

This season, the team’s sprint group is led by a slew of international athletes. While Bruno Blaskovich, the team’s top 50 freestyle so far this year, is set to graduate, Rafael Miroslaw and Tomer Frankel, both have multiple years of eligibility remaining. Entering championship season, Miroslaw currently ranks in the top-50 in Division I of both the 50 and 100 freestyles.

Joining Stevenson at Indiana next fall will be the 2021 Olympic Games’ surprise gold medalist, Ahmed Hafnaoui. He will also be joined by Alejandro Kincaid, Alex Stone, Drew Reiter, and Harry Herrera.

This kid man, he is something truly special, great kid had the chance to talk to him a couple times. He amazes me, he also takes a bunch of his time over the summer to volunteer at his local pool and teach kids how to swim, love this kid. He is going to be something special at Indiana.

While Ben May be a great pickup for the Hoosier swim team, I think the real pickup here is for the Hoosier book club. Whenever Benjamin is outside of the pool, he always has a book in his hands! Benjamin often puts away 5-6 books a day, and I know he will be a key pick up for the HBC.