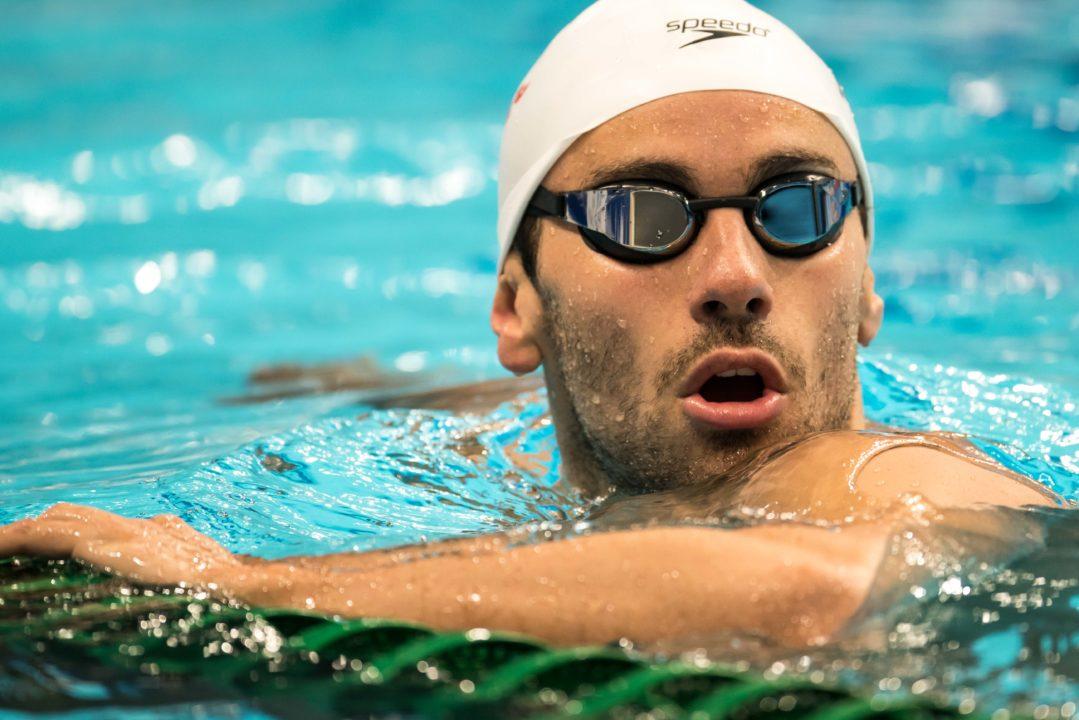 Blake Pieroni will lead the charge on the men's side for IU's 2017-18 season. Archive photo via Mike Lewis/Ola Vista Photography

The Indiana Hoosiers have released their schedule for the upcoming 2017-18 season.

In addition to their usually scheduled dual meets this season, the Hoosiers are going to travel to Tempe, AZ just five days before Christmas to take on Bob Bowman’s ASU Sun Devils. This is a new meet for IU and ASU, and a race to look forward to that immediately comes to mind will be between IU’s Blake Pieroni and ASU’s Cameron Craig in the 200 free. Pieroni tied for 2nd in this event at NCAA’s last year, while Craig ended up 5th. The ASU women bulked up with a strong freshman class as well as transfers from UGA (Sam Fazio) and FGCU (Fanny Teijonsalo), and they’ll test the IU women in Tempe.

Before they get there, Indiana has quite a schedule in the fall. They’ll kick off with their two-day, LCM/SCY dual with juggernauts Texas and Florida, before they face Tennessee and Kentucky the subsequent weekend, two SEC opponents. The ASU meet is on December 20th, while the Hoosiers will face B1G rivals Michigan after winter break on January 13th.

Purdue (January 20th) is actually their only other Big Ten dual meet, as they will battle Louisville the following weekend before preparing for championship season.

IU’s 2017-18 rosters are headlined by world record holder Lilly King on the women’s side and World Champs/Rio gold medalist Blake Pieroni for the men, while the men bring in a heavy-hitting and deep freshman class.

Note: the women’s schedule is below, with the only differences in the men’s being that the Big Ten and NCAA meets are one week later than the women’s in Minneapolis.