In a Supersuit, Ari-Pekka Liukkonen Goes Under Finnish 50 Fly Record 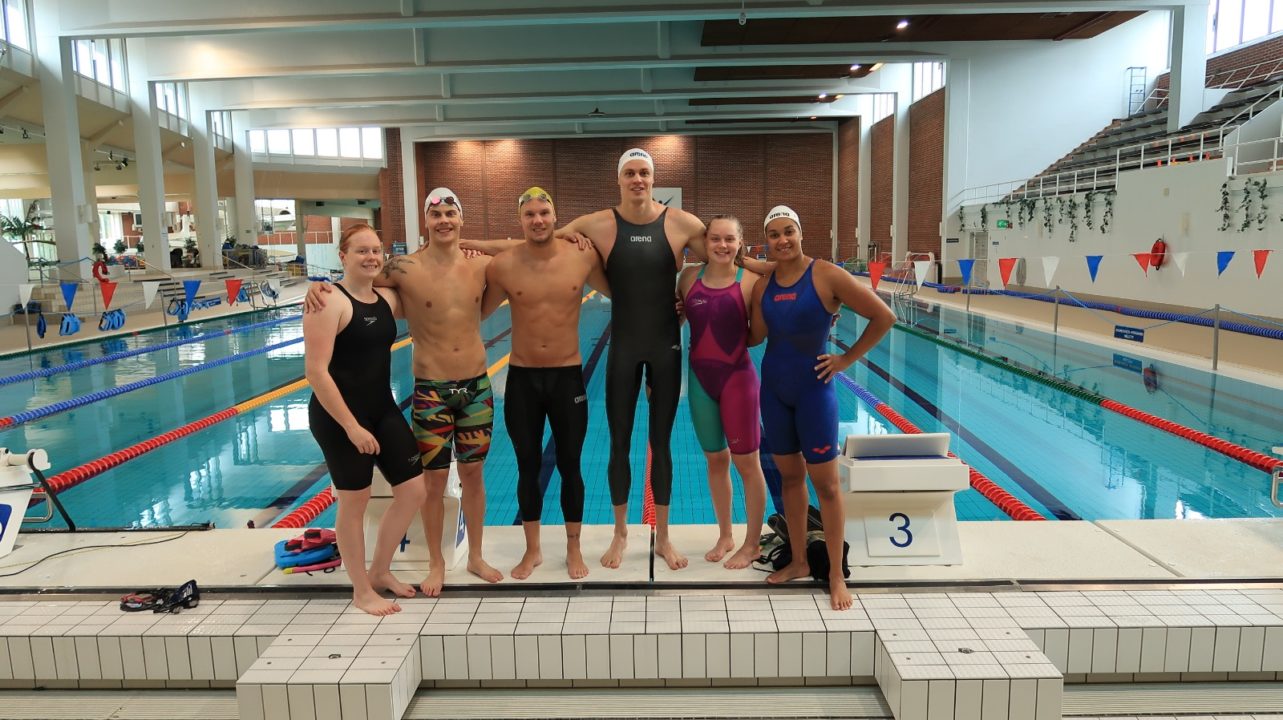 While his 23.44 was well under his lifetime best of 24.02 from 2017, it won't count as an official time or record due to his wearing a banned suit. Current photo via Antti Rantanen

At an unofficial time trial hosted by Finnish club team Sprinttitalli on Tuesday, July 28, sprinter Ari-Pekka Liukkonen put up several strong swims in long course meters (LCM), albeit wearing a full-body suit that has been banned for official competition by FINA in 2009.

Liukkonen did these two swims after first racing a 50 breast, which was also spaced ten minutes before the 50 fly, meaning he raced all three events in roughly a 20-minute timespan. The Finnish NR-holder in the 50 and 100 free, Liukkonen was 28.02 in the 50 breast, not far from his best of 27.66.

“The results were great in the middle of the hard, hell week training cycles,” said Sprinttitalli’s head coach, Marko Malvela. “This sends the Olympic year on its way with a blast.”

Considering he’s 31 years old, he was definitely swimming during the supersuit era and probably did have one sitting around. I know I have my old LZR Racer bodysuit in my memorabilia collection, though he obviously took better care of his than I have.

When the ISL was announced as a non-fina league I was hoping they would have the super suits. Currently they only use them in the fin racing series which I wish some Americans would attend.