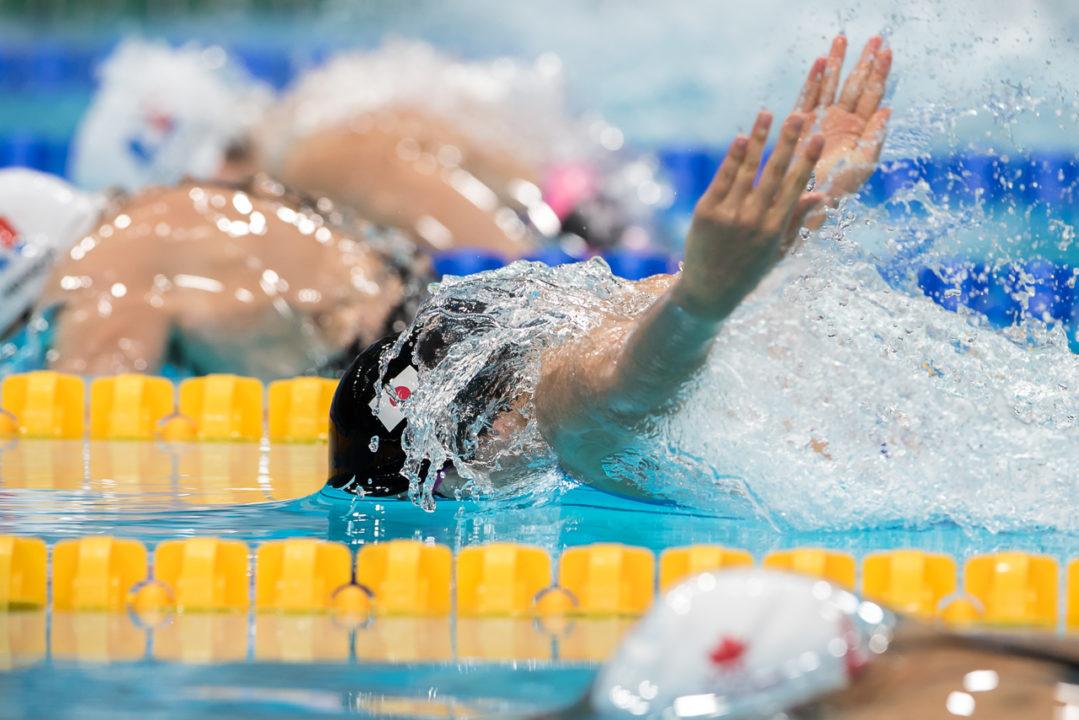 17-year-old Rikako Ikee has been putting on a show for the hometown Tokyo crowd. She broke her second World Junior Record of the meet with a 57.75 100 IM on day 2. Archive photo via Peter Sukenik/www.petersukenik.com

That comes a day after she broke her own World Junior Record in the 50 fly with a 25.14. In fact, results list Ikee as breaking three World Junior Records in Tokyo, though the third one is technically incorrect. Ikee went 55.99 to take second in the 100 fly to world record-holder Sarah Sjostrom, bettering the listed WJR of 56.42. But Ikee was 55.64 at the Short Course World Championships last December, a swim that should be the record but hasn’t yet been officially ratified by FINA despite taking place at FINA’s own World Championships meet. That’s a problem that’s plagued World Junior Record books in particular, with swims taking months to be officially ratified, or record-keepers never bothering to ratify them at all.

Ikee’s 100 IM also finished second in Tokyo behind a world record-holder. Katinka Hosszu won the event in 57.38, and Ikee’s 57.75 was just barely behind at the finish. It stands as one of three total WJRs broken in Tokyo, alongside Ikee’s 50 fly and Li Bingjie’s 400 free.