How To Finish Your Breaststroke Pullout 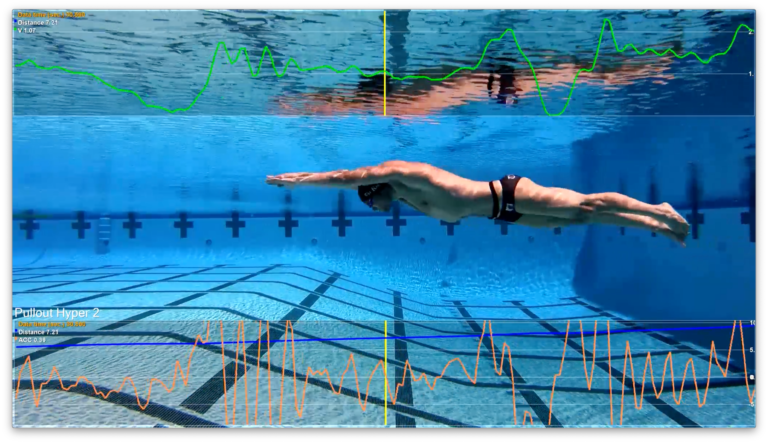 In order to reduce drag on the pullout, the swimmer needs to remain under water and complete the kickout very near the surface Current photo via The Race Club

Out-splitting Kathleen Baker on the breaststroke 37.40 to 39.13, Madisyn Cox built an indestructible lead to win the event with a season-best of 2:10.00

Hugo Gonzalez on Training at Cal: “They just go hard every day”

Ryan Murphy: “I honestly wish every meet was morning finals”

Ryan Murphy blasted off the start from lane 3, flipping in 25.6 to lead the field by half a body length over and ultimately stopping the clock in 53.11

Whether you are an IMer or a breaststroker, you will need to develop a strong breaststroke pullout to win races. As we so often teach at The Race Club, to do that means the swimmer needs to maximize propulsion and minimize frontal drag. In this aqua note we will discuss how to finish your breaststroke pullout.

We will address increasing propulsion for the pullout in a future article, but now let’s focus on how to reduce drag. To achieve that, the swimmer needs to remain under water and complete the kickout very near the surface. After the push off the wall or the starting block, there are three more propulsive events that should happen before the breakout – a strong dolphin kick, a strong pulldown and a strong breaststroke kick.

The swimmer should start the breaststroke pullout with the lowest frontal drag coefficient possible, which is the hyperstreamline position. That occurs with the chin on or near the chest, the arms placed behind the head, the shoulders hyperextended forward, the elbows as close together as possible, the hands wrapped together, wrist-over-wrist, and with the fingers and thumb squeezed tight and pointed forward. As far as frontal drag is concerned, add pointed toes to this position and that is as good as it gets for the human body.

While the arms, legs, and body will go through various motions during the pullout to gain propulsion, it is vital that the chin remain on or near the chest during the entire pullout. Not until the final out sweeping (lift phase) of the breakout pull, when the hands are outside the shoulders, should the chin ever leave the chest.

Finally, and one of the most important techniques for reducing drag during the entire pullout, is for the swimmers to end the kickout in hyperstreamline, not in racing streamline, or worse, superman pose. From hyperstreamline on the kickout, swimmers can easily get into the lift phase of that first breakout pull.

We have been teaching this technique of finishing the pullout in hyperstreamline for years, but recently we gathered the data from our technology to support teaching it.

Using our Velocity Meter Technology (VM), we also measured and compared the following metrics during the kickout of elite swimmer, Aaron Greenberg, using hyperstreamline and racing streamline positions. Kickout duration is defined as the time from the trough velocity prior to the final breaststroke kick to .5 seconds after the peak velocity derived from the breaststroke kick. Here is what we found.

Completing the pullout in Racing Streamline (left) and Hyperstreamline (right)

For a faster breaststroke pullout, keep your drag low and finish your kickout in the same body position that you started your pullout in – hyperstreamline.