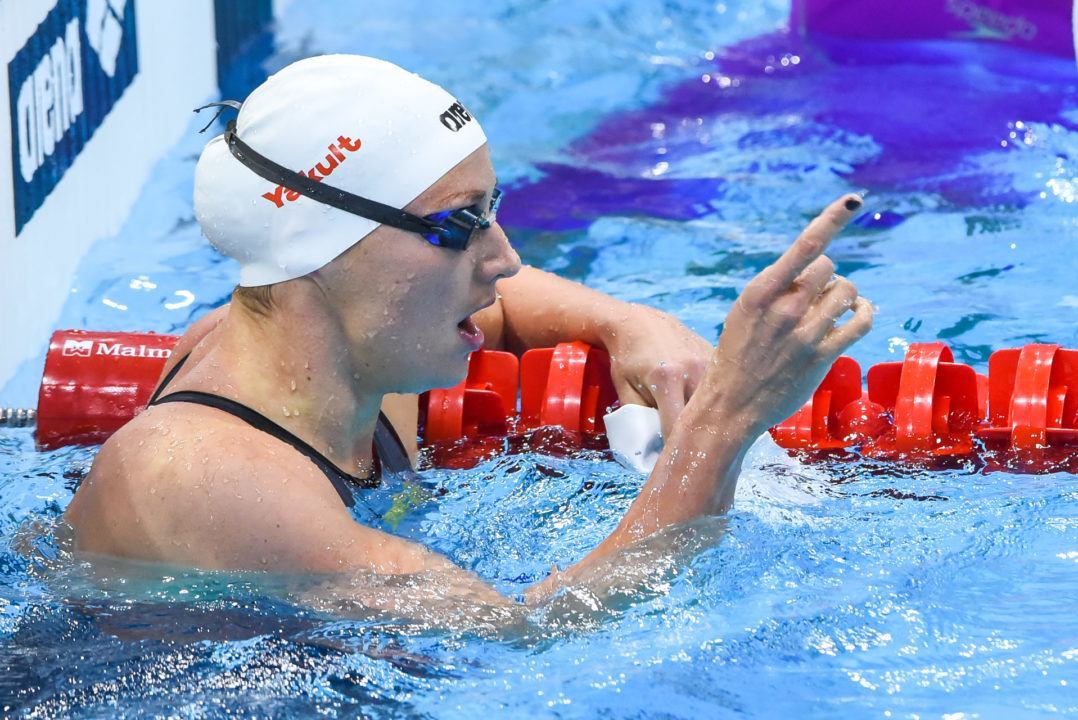 Her first victory was the most decisive. The Hungarian went 4:06.65 to take the 400 free by a whopping 7.6 seconds over Canadian youngster Taylor Ruck .

South Africa’s Chad le Clos completed a butterfly sweep of Monaco, blasting a 51.58 to break the meet record in the 100.

In the women’s breaststrokes, Kierra Smith finished a similar single-stroke sweep. The Canadian Olympian was 2:26.54 to win her signature event, the 200 breast.

Jared, on the homepage the information is false about Katinka. Please check it. Thanks.