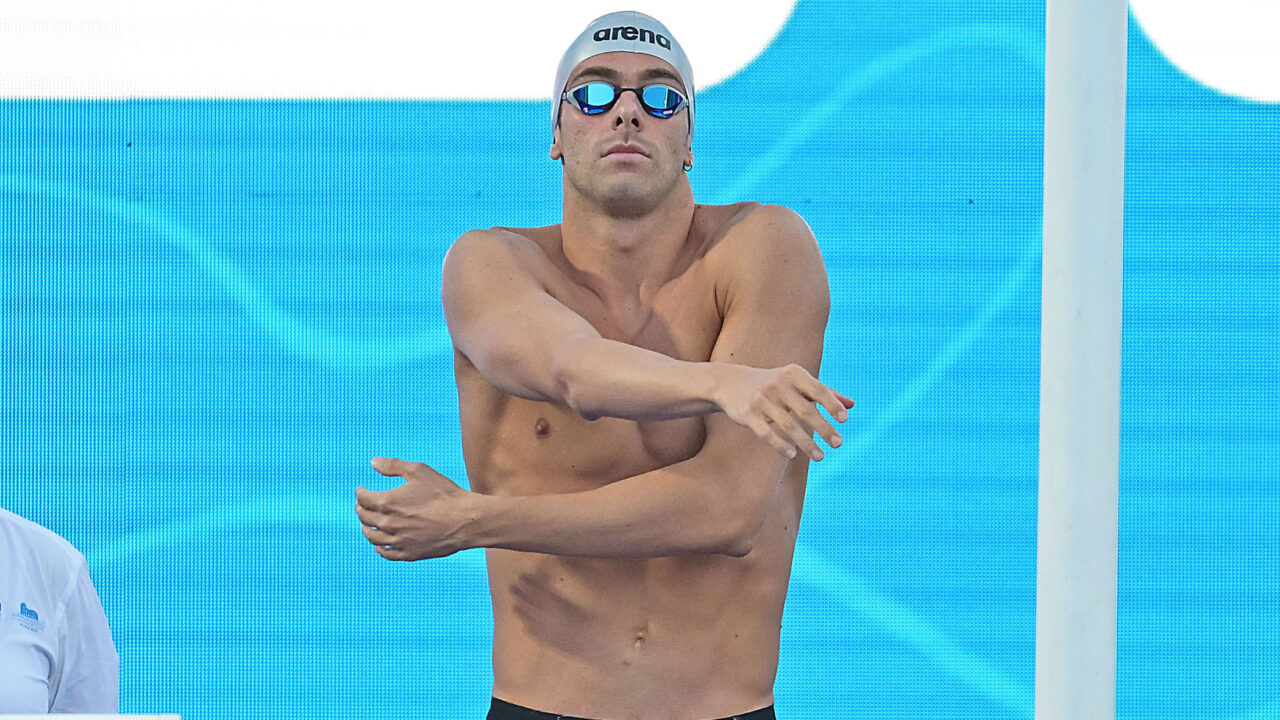 Gregorio Paltrinieri will be a favorite in the men's 10km race without Florian Wellbrock in the field this weekend in Ostia. Current photo via andrea Staccioli / Deepbluemedia

While Friday’s forecast calls for rain and storms, which could further impact the schedule, Thursday’s readings show sustained winds at 19 miles per hour and high waves, which could create potentially-unsafe conditions for athletes.

With many recent major open water events being held in controlled lake or rowing basin conditions, this week’s return to the ocean will create a more traditional open water experience.

Reigning Olympic champion in the 10km , Florian Wellbrock will not compete in the marathon to be held on August 19 in Ostia, Italy. Even an extra day of rest wasn’t enough for him to take to the 10k, though.

I know about the 10km schedule change. Despite an extra day of rest, my European is over with the 1500 final. Tomorrow I will return home and skip the open water races.

Florian Wellbrock, has already cut from his program at the European Championships in Rome the men’s 800 freestyle where he was entered as seeded. Wellbrock’s coach had revealed a few days ago that Florian would reduce his race program in Rome since he was recovering post Covid.