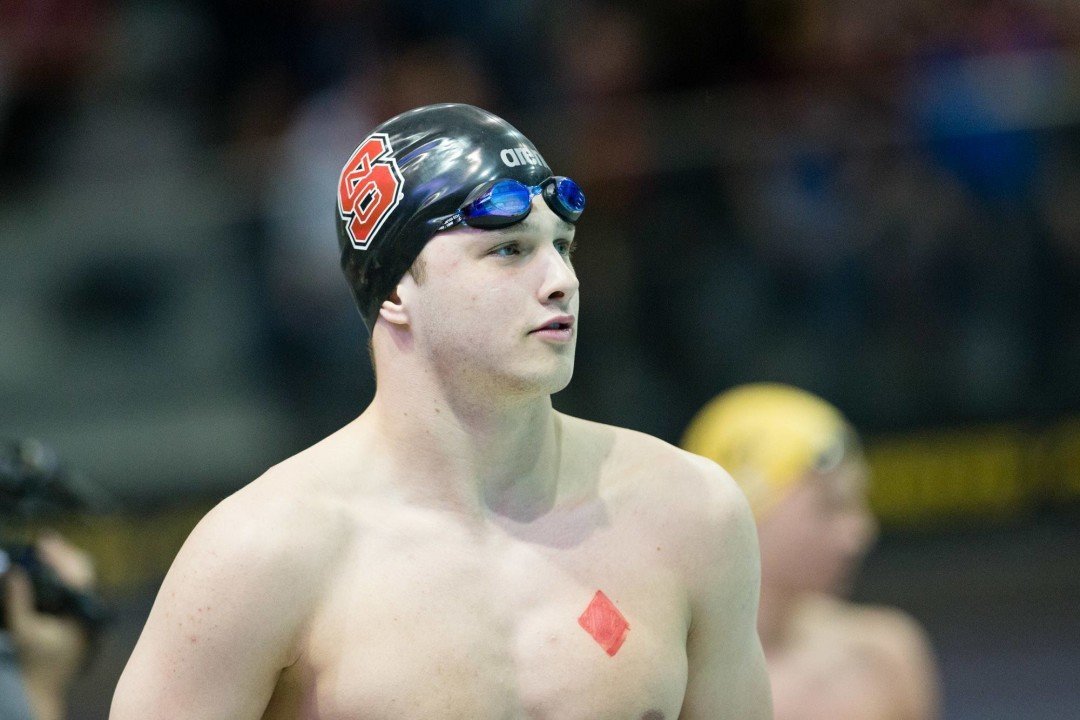 After a grueling fall dual meet schedule, there appears to be a mixed bag of rest for the North Carolina State Wolfpack at this weekend’s Nike Cup Invitational, hosted by North Carolina.

One swimmer, though, who’s put his best foot forward is sophomore Hennessey Stuart, who nailed down his plans for March already with an NCAA Automatic Qualifying Time in the men’s 200 yard backstroke on Saturday morning.

Stuart swam a 1:40.22 to dominate the morning heats of the race and clear the “A” time standard by .11 seconds.

The second qualifier through to finals was UNC’s Nic Graesser, who generally specializes more in the 100 back, in 1:47.12.

The Wolfpack dominated the top seeds through the first few races of the morning session, though with no long course/short course split at this meet as we’ve seen across the country, there’s less pressure to push in the morning sessions in Chapel Hill.

Zevnik came back shortly thereafter and took the second position in the women’s 100 free in 49.08, behind teammate Riki Bonnema (48.89).

Other Top Qualifiers on Day 3:

1
0
0
1
newest oldest most voted
Will Kerscher