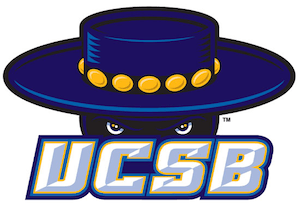 The Hawaii women and UCSB men take the lead after day two of finals at the MPSF Championships.

The Rainbow Warrior women and Gaucho men both sit at the top of the scoreboard after the second night of finals at the MPSF Swimming and Diving Championships as meet records fell on both the men’s and women’s sides.

Hawaii senior Jasmine Alkhaldi dropped an MPSF record in the 50 Free (22.49) for first ahead of UCSB’s Lauren Vosseler (23.05). Following up for third was San Diego’s Jackie Taylor in 23.19. On the men’s side, UCSB senior Wade Allen took another MPSF meet record in the men’s event, swimming to a first-place finish in 19.72. Jake Taylor from BYU followed up for second with an NCAA B cut of 20.07. Third was Cal Poly’s Caleb Davies with another B cut (20.17).

Hawaii swept the men’s and women’s diving events, with the women claiming a 1-2-3 finish in the 1-meter diving event. The top scorer was Rainbow Warrior Aimee Harrison with 291.10 points, and her teammate Lauren Hall followed up for second with 266.05 points. Both divers scored above the NCAA A qualifier score. The Rainbow Warriors continued the momentum with a win in the men’s 1-meter by Armund Gismervik (367.25 points). BYU’s Kevin Dreesen scored into the second top spot with 353.45 points. The top four divers’ scores qualified them for NCAAs.

Hawaii took both the women’s and men’s 200 Free relay, with each of their A teams swimming to a 1:31.73 and 1:20.63, respectively. The Gaucho A teams followed up for second place on both the men’s and women’s sides.

I see both the UCSB and Cal Poly men’s teams who participated the last 3 years in the PAC 12 Conference championships as invited member teams are now swimming MPSF. Was that their choice or did they have to leave the PAC 12?

On the positive side more swimmers get 2nd swims in the evening than at PAC 12’s. On the negative side it appears so far that the downgrade in competition is hurting some of their top guys based on their times from this year versus last (so far). And riddle me this, why does MPSF keep choosing this East LA College facility? It’s ok at best, and terrible if you get stuck in an end lane.