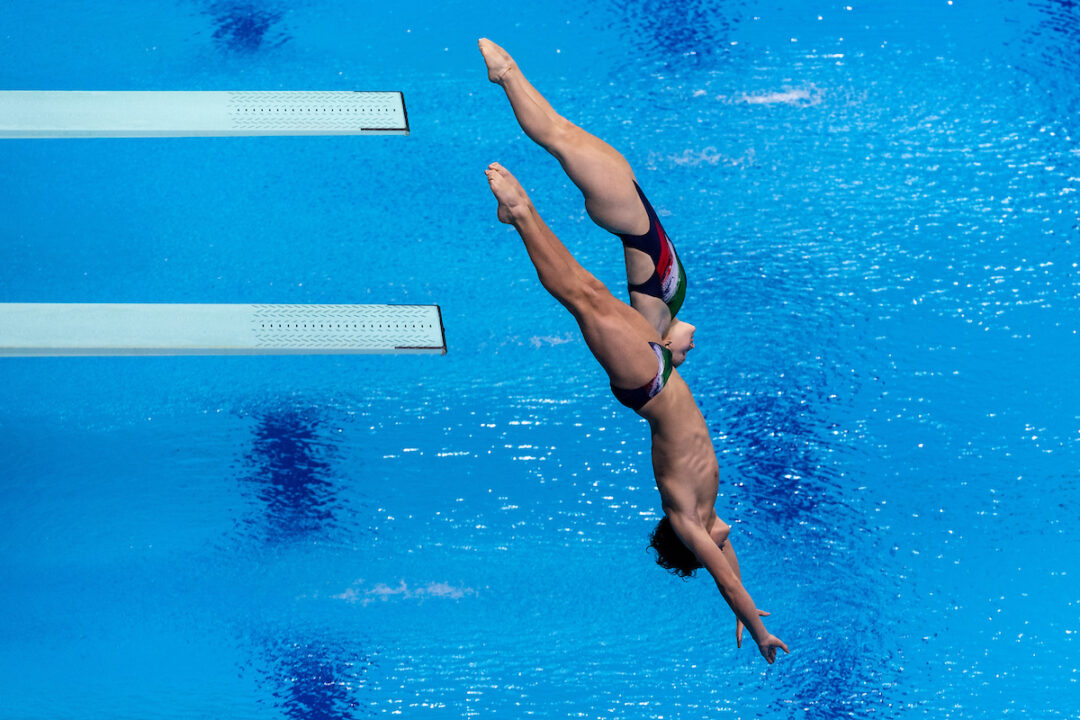 The third day of the diving portion of the European Championships in Budapest, Hungary featured a pair of finals competions, the mixed 3m springboard synchro and the men’s 1m springboard.

In the mixed 3m, it was the Italian team of Chiara Pellacani and Matteo Santoro who came away with the gold medal. For Pellacani, this was her second medal of the week, having already picked up a bronze medal on the 1m springboard on day 2 of the meet.

While the Russian duo led through the first three rounds, with Germany holding second, Italy was able to switch places to earn the gold during the last two rounds. Italy was incredibly consistent throughout the contest, with the team’s lowest score across the entire competition being a 6.5.

The second competition of the day, and the first men’s event of the week, took place on the 1m springboard.

Great Britain’s Jack Laugher held a large lead following the prelims session, but fell to third early in the finals competition. He was able to come back through his final dives, taking the silver medal over Italy’s Giovanni Tocci.