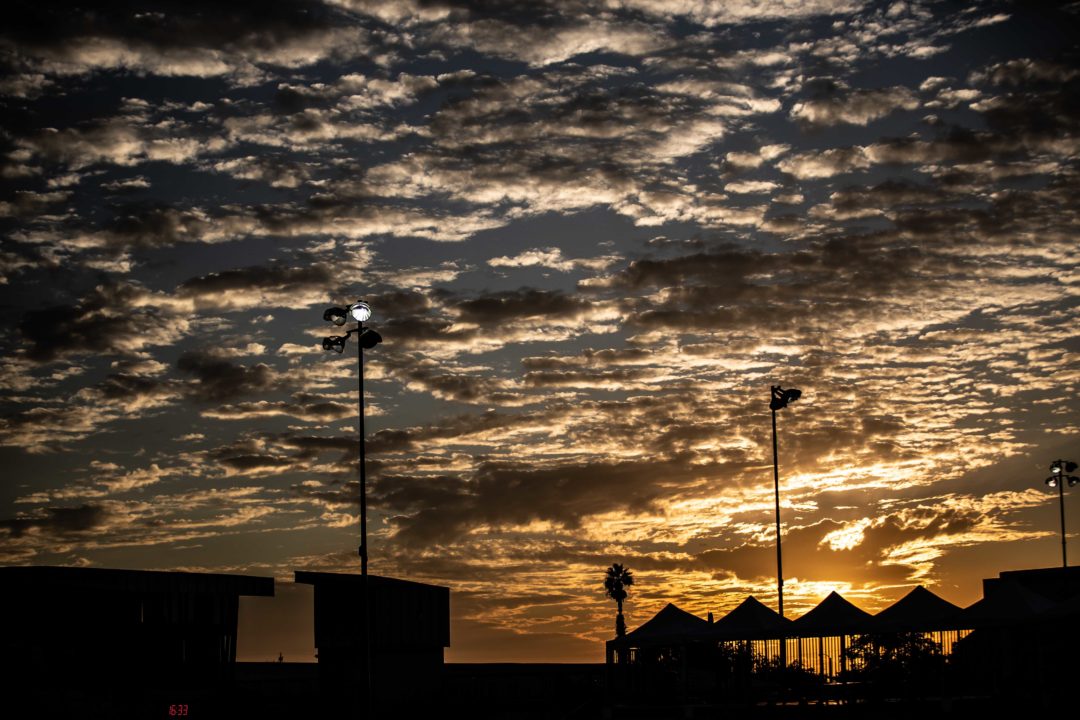 The coach of Dawn Fraser throughout her career, one of Australia's greatest coaches, Harry Gallagher, died last week at the age of 96. Current photo via Jack Spitser/Spitser Photography

Harry Gallagher, best known for being the coach of Dawn Fraser when she won three straight Olympic golds in the 100 free, died last Thursday at the age of 96.

Gallagher’s career as a coach began during the 1940s when he started teaching other members of the army how to swim. Following his military career, he encountered Dawn Fraser swimming at a pool called the Balmain Baths, a facility that has since been renamed after Fraser.

Throughout his coaching career, “Mr. Gallagher,” as he was often known, worked with some of Australia’s greatest swimmers, including Fraser, Jon Henricks, Lorraine Crapp, Michael Wenden, Brad Cooper, and Lyn McClements. In 1956 Fraser and Henricks became the first Olympians to win both the men’s and women’s 100 free in the same year for Australia. His success as a coach led to him serving as the head coach of Australia’s team at the 1968 Olympic Games. At those Games, he lead a team that averaged just 16 years of age to 17 Olympic medals.

He was most known for his work with Fraser, one of only three swimmers to win the same event three times at the Olympic Games. Across her three Olympic Games (1956-1964), Fraser won eight medals. During her career, she set 41 World Records and won 29 Australian National Titles. In 1962 she became the first woman to swim the 100 free in under a minute. She was named the Australian of the year in 1964 and was recognized by the 1996 Olympic Organizing Committee as one of the 7 greatest Olympic athletes of all time.

Also training under Gallagher was Jon Henricks, who, along with winning Olympic gold in the 100 free in 1956, also won gold as a part of Australia’s 800 free relay. He would go on to help the University of Southern California win the NCAA Championship meet in 1960 before finishing fourth in the 100 free at the 1960 Olympics.

Fraser said of her former coach:

“He will be remembered for the way he revolutionised the art and science of being a swimming coach, creating technical excellence and perfection in performances, as well as producing professional attitudes. Our thoughts and best wishes go out to his family, loved ones and all those who were lucky to call him their friend. “He taught me everything I know. He was always Mr Gallagher, or coach to me. Never Harry. But we had a beautiful affection for each other. I would not have succeeded without him. Mr Gallagher taught me self-discipline. If you missed a session, you doubled up the next day. That’s how it was. We have stayed in touch all these years. I feel I belong to his family and him to mine.If he didn’t know something, he would ask the top professionals in that field. If he wanted to know about the heart, he brought in Professor Edward Both, who invented the portable electrocardiograph machine. He trialed it on me and Jon Henricks. He always went to the top people. He was fair dinkum, a true Aussie.”

In 1984 Gallagher was inducted into the International Swimming Hall of Fame, and two years later was awarded the Order of Australia Medal. In 2020 he was honored as a Life Member of Swimming Australia. The Australian Swimming Coaches and Teachers Association has also recognized him as both a Platinum and Master Coach.

Outside of his coaching, Gallagher was also the author of numerous coaching books. Kieren Perkins, the president of Swimming Australia said that, while he never met Mr. Gallagher, his coaching methods were often employed by his coaches in his training. According to Perkins, this was, “a testament of how respected he was in the industry and how his methods stood the test of time.”

Gallagher’s passing comes just two months after the death of another Australian coaching great, Don Talbot. Talbot served as an Olympic coach for Australia from 1964-1972.

To coach both the men’s and women’s 100m free Olympic champions , cannot think of another coach whose done that except Jack with Inge and Peter in 2000.

What an incredible man. That 1968 team was just unstoppable.