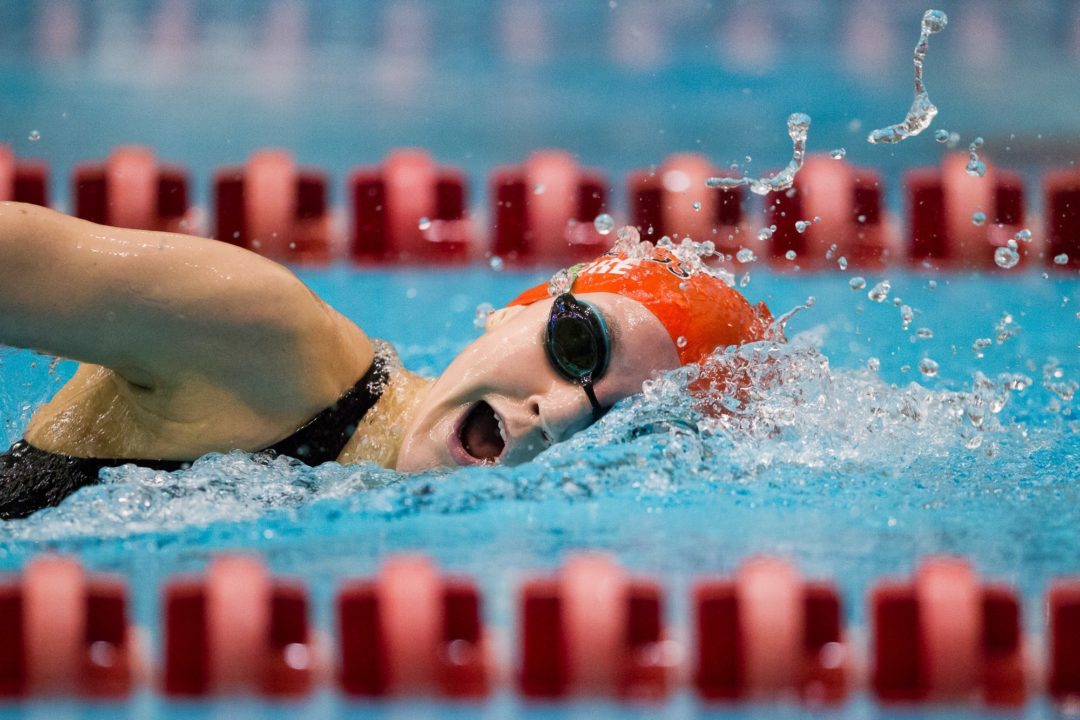 Hannah Moore of the TAC Titans has hopped on the suddenly-crowded recruiting train to Ann Arbor. photo via Tim Binning/TheSwimPictures.com

Perhaps it was the excitement around the water carnival. Perhaps the Michigan women are feeling some residual benefit from the men’s NCAA Championship last year.

Whatever it is, Michigan women’s recruiting is suddenly on fire.

“I love Mike’s (Bottom) philosophy about building leaders for life both in and out of the pool,” Moore told us of her decision via email. “What he’s done with the men is incredible and I hope to be a part of what he can do with the women as well. Plus, the education at Michigan is unparalleled. Go Blue!”

The Wolverines now have three public verbal commitments, all of whom are ranked in collegeswiming.com’s top-25 in the country (including Moore at #19).

Moore and Smiddy join a deep Wolverine backstroke group, that now is probably their best stroke discipline beginning with the 2014-2015 season. Expect them to start looking for some sprint freestylers next.

Michigan is on fire!!!!! Watch out

Congratulations to Hannah Moore for selecting a great program and a great school. Tip of the hat to Kit Raulerson, whose program at RSA fostered the development of the speed, endurance, proficiency and versatility shown by Ms. Moore and others.

agree….kudos to Hannah and to Kit for her development.