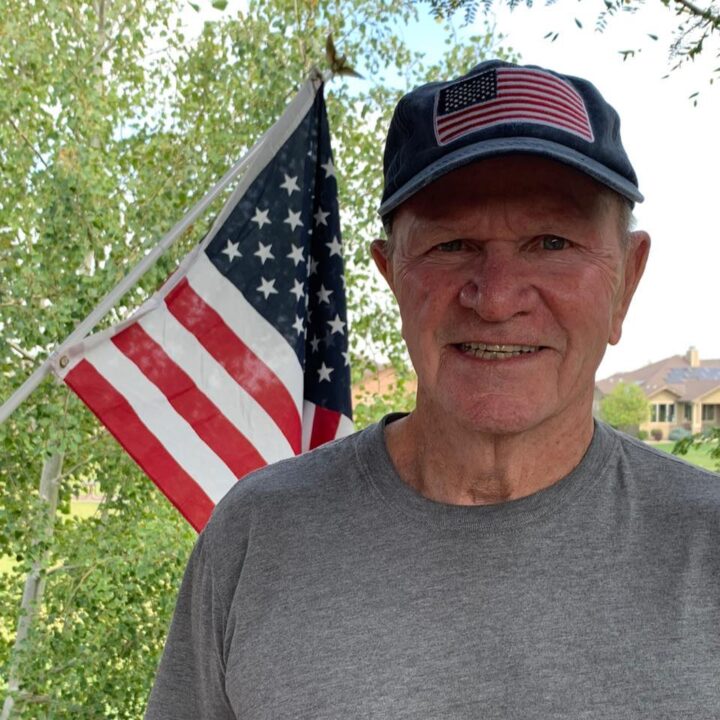 Bill Spahn suffered a heart attack while swimming a 1650 free at a Masters meet on Friday. He died early Saturday morning. Archive photo via Bill Spahn/Facebook

Hall of Fame swim coach Bill Spahn has died after suffering a heart attack at a Masters swim meet this weekend. Spahn was 79 years old.

Former swimmers of Spahn’s tell SwimSwam that Spahn was taken to the hospital after becoming unresponsive while swimming the 1650 free at a meet in Colorado on Friday. He died early Saturday morning.

An exact cause of death has not been confirmed.

Spahn, born in Austin, Minnesota, is a member of the New Mexico Sports Hall of Fame. He coached for 46 years at the University of New Mexico, University of Kansas, Wichita Swim Club, Albuquerque HYAC Swim Club, Notre Dame (as a volunteer), and the Fort Collins Area Swim Team, among other places.

Spahn’s first collegiate job was at the University of Kansas from 1977-1981 before taking over the men’s and women’s programs at New Mexico. By 1986, he led the Lobos men to their first conference title.

Prior to starting his collegiate coaching career, he also coached the HYAC Swim Club in Albuquerque to seven state championships.

Spahn himself was a multi-sport athlete: At Austin High School, he lettered four years in football, four years in swimming, and also was a district champion in track. He went on to swim collegiately at Texas Tech, where he was a two-time captain of the men’s team.

Spahn is a bit of a star-crossed coach: Kansas, New Mexico, and Texas Tech have all since eliminated their men’s swimming & diving programs. The New Mexico women’s team was also disbanded for several years during his tenure before being reinstated. The loss of some of those programs most associated with Spahn presents a risk to the loss of his legacy as well.

But Spahn’s former swimmers have kept that legacy alive. Over 90% of the swimmers from his teams at Kansas showed up to a reunion honoring Spahn in 2011, as have swimmers to numerous New Mexico reunions.

Among the athletes that Spahn coached in his career are five-time Olympic gold medalist Tom Jager and Ron Neugent, who in 1983 became the first male swimmer in 11 years to earn All-America honors for the Jayhawks. Neugent swam for Spahn at the Wichita Swim Club.

A great man and a life coach. I swam for Bill on the HYAC team years (and years!) ago. Bill was a tough coach, but he taught life lessons. For me “Don’t do it just to be there, but make a mark”. Goofing around in practice one day … he, he … kicked me out. Then had a frank discussion with me after I dressed and came out of the locker room. I took that lession into life & my coaching swimming, and then to my own girls in Rifle.
Truly saddened by his passing, but he was in the pool …. he never quit.

Bill was a great coach but an even greater man. He cared so much for his swimmers. One thing I will always remember was his sense of humor. He could say something with such a deadpan expression and have you wonder if he was serious or kidding. Then he would slowly let out a sly smile when he knew he had you stumped. He was also so far ahead of the curve with his coaching knowledge. I swam for Bill at UNM and 35 years of coaching later, I still pride myself on teaching techniques that Bill taught me. I am truly blessed to be able to say that Bill Spahn was my collegiate coach. Rest in peace Coach! You… Read more »

Bill’s teams at Wichita Swim Club (1972-77) were some of the best in the country. During the team’s 50 year Reunion in 2004, an incredible number of people came back to reconnect with the legend and relive amazing memories. He came back on several occasions and was always game to tell old stories and give the team a pep talk. The bar Bill set for coaching was high: create excellence and have a great time doing it. He was a kind and encouraging mentor as well a friend to swimmers, parents and coaches. Yet, he remained humble despite his success and the impact he had on so many. Thank for everything Bill, we are all better for having known you.

I, too, am very saddened by Bill’s passing. Like Mike, I never swam for Bill, but I have attended several events recognizing his impact on the University of New Mexico swimming program. In 2012, at urging of Tom Daulton, a Lobo swimmer, we established the Mechem-Spahn award to recognize great Lobo swimmers. We have met every two years with Bill and John Mechem in attendance to add more banners to the ceiling of the UNM Natatorium. We last met in October 2021. We recognized five swimmers Bill had coached at UNM. As was apparent in the acceptance comments at our event, he has had a significant impact on the swimmers he coached. One more way, he will be remembered.

My Condolences to the Spahn family! I worked for Bill at the Rio Grande Swim Shop while in college. He was a great boss and very kind.

I didn’t swim for Bill but knew him growing up in Albuquerque and swimming for Coronado Club and later at UNM. Bill was a kind person, always helpful, interesting, and smiling. I knew Bill best through my swimming friends and colleagues, he directly coached. They always spoke so highly of him and how he was a major influence on their life journey growing up. He was a mentor, father figure, and all round wonderful person. He was loved by everyone who knew him.

I had the honor of swimming for Bill as both an age grouper in Albuquerque and then at the University of Kansas.
‘In fact Bill taught me how to swim at HYAC and he was also for a short time my PE teacher at Montgomery Elementary. During 2 summers in Albuquerque Bill gave swim lessons in my family’s back yard pool in between him coaching morning and afternoon workouts.

Through a twist of fate I ended up swimming for Bill at KU and as Leslie notes below he guided the team to 2 Big 8 Championships. Back in the day many of us shaved our heads for conference and Bill was so committed his 2nd year….he wanted us… Read more »

So sad to hear the news. Bill’s impact on my swimming years at Wichita Swim Club was immeasurable. I worked harder than I ever thought I could for Coach. He was so engaged and interactive with the kids on the team. He made my memories of swimming some of the best memories of my life. RIP and prayers for his family.