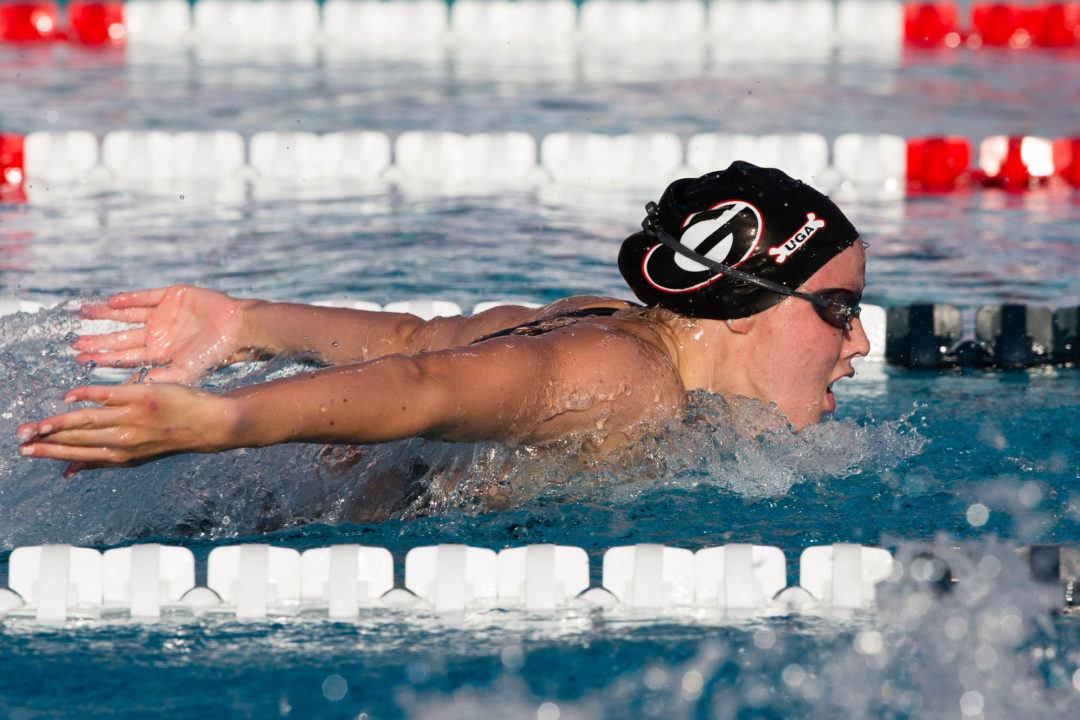 With a field that nearly rivals that of the Pro Swim Series meet happening in Columbus, the 2018 Bulldog Grand Slam kicked off on Friday morning on the campus of the University of Georgia.

The session was scheduled to be Missy Franklin’s first races on American soil in over two years, after making her formal competitive return in June at the Mare Nostrum series in Europe, but Franklin was a post-psychs scratch from prelims of the 200 free.

None-the-less, Georgia Bulldogs dominated the women’s 200 free – a strength event for the program throughout history. The top 4 swimmers in prelims are all current or former Bulldogs, led by Melanie Margalis in 1:59.28. Current Georgia undergrad Veronica Burchill took three-tenths off her best time to dip under 2 minutes for the first time and qualify 2nd in 1:59.78. Burchill, best known as a sprinter, has made huge mid-distance strides in 2018, which includes lifetime bests in this 200 in each of the last 3 meets.

Molly Hannis, who’s missing a matchup with Lilly King in Columbus, qualified 1st in the women’s 100 breaststroke in 1:06.94. That’s already her 6th time this season under 1:07 already with 3 weeks to go before U.S. Nationals.

Another swimmer on the comeback trail, Micah Sumrall (formerly Lawrence) qualified 2nd in 1:08.27.

Higgins is a fishing junior at Georgia. Tennessee Aquatics is his club team

I swam with him at TNAQ. Great guy and glad he’s having success in the pool still

The Florida team including Dressel, Lochte, and Oleksiak are at Gainesville Sectionals which also start today. It might be time to start another meet aggregator.