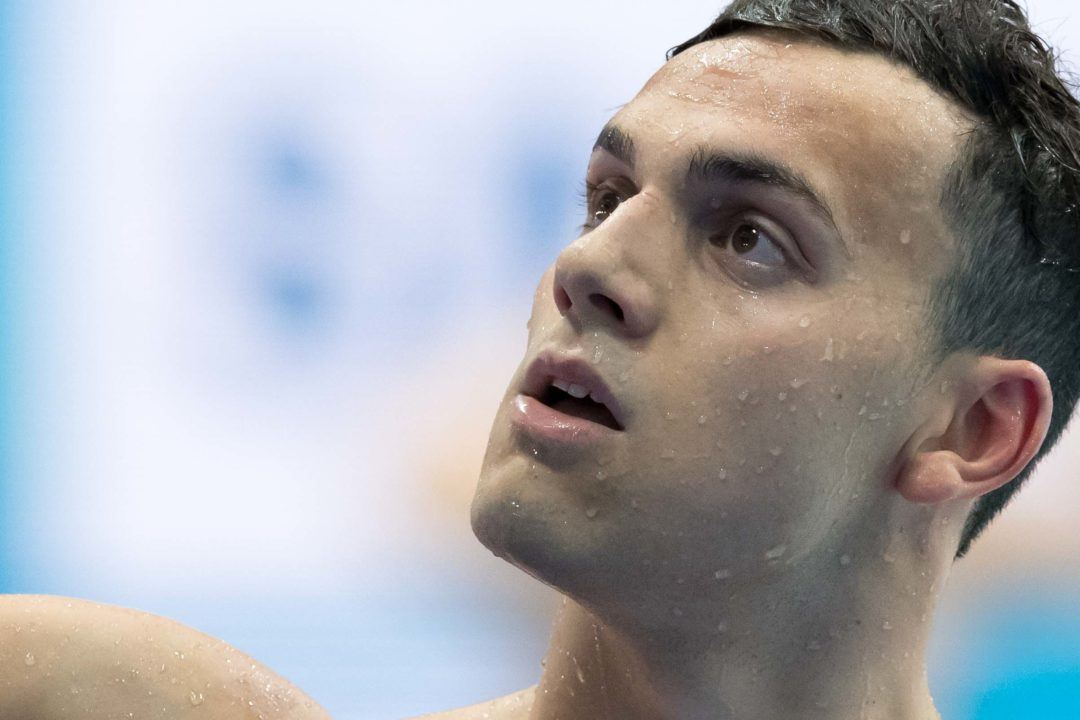 With the 2019 British Championships now in full motion, past British champs James Guy, Freya Anderson, and James Wilby will all look to defend their titles. Stock photo via Mike Lewis/Ola Vista Photography

With the 2019 British Championships now in full motion, past British champs James Guy, Freya Anderson, and James Wilby will all look to defend their titles.

Once again out of prelims is multi-time British champion Siobhan-Marie O’Connor, who has given up her 3rd place seed in the 100 free. O’Connor won gold in the 100 free during the 2016 British Championships. It is now questionable whether or not O’Connor is present at the meet or is saving up for her more dominant swims, the 100 breast and 200 IM, which will be swum later in the championships.

Peering into the 100 free, Freya Anderson comes in as the defending champ in the event with the top seed time of 53.61. Earlier in the meet, the 18-year-old struck gold in the 200 free and bronze in the 50 free.

In the men’s 200 breast, James Lewis and Archie Goodburn are off the heat sheets. However, staying put to face-off once again are 2018 champion James Wilby and 2018 runner-up Ross Murdoch. The pair come in the event nearly three-tenths apart, with Wilby leading the seeds in a 2:08.05 while Murdoch has a 2:08.32.