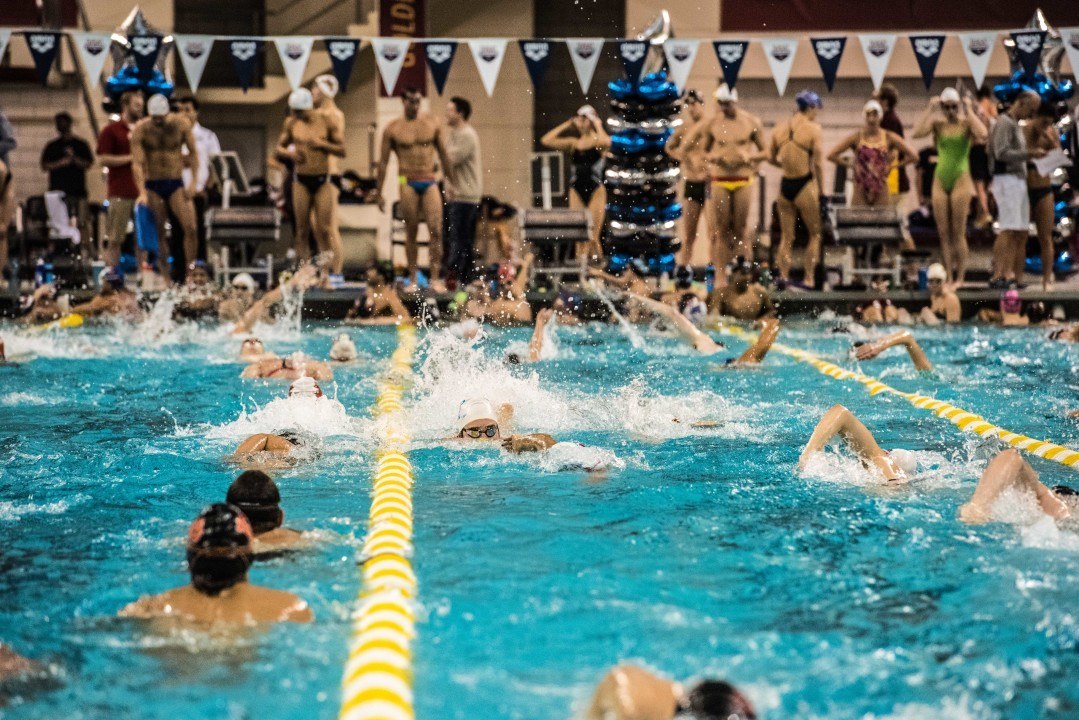 Krzyzaniak posted NCAA B standards in the 100-yard and 200-yard backstroke events at the Art Adamson Invitational. In the 100 backstroke, the sophomore placed fourth with a time of 48.24 in the Championship Final. Stock photo via Mike Lewis/Ola Vista Photography

PROVIDENCE, R.I. – The American Athletic Conference has announced the winners of the league’s swimming and diving honors for the week ending Nov. 22.

AMERICAN ATHLETIC CONFERENCE MALE SWIMMER OF THE WEEK
Bartos Krzyzaniak • So. • SMU
Krzyzaniak posted NCAA B standards in the 100-yard and 200-yard backstroke events at the Art Adamson Invitational. In the 100 backstroke, the sophomore placed fourth with a time of 48.24 in the Championship Final. In the 200 back, Krzyzaniak took first in the Bonus Final with a time of 1:46.13. The native of Poland also posted a first place time in the Bonus Final in the 500 freestyle and helped lead four of the five Mustang relays to top-10 finishes, including a fourth place finish in the 200 medley.

AMERICAN ATHLETIC CONFERENCE MALE DIVER OF THE WEEK
Bryce Klein • So. • SMU
Klein earned first place in the 1-meter and 3-meter diving events at the Art Adamson Invitational. The sophomore posted a career-best in the 1-meter with a score of 392.30, outscoring the next closest opponent by 26 points. In the 3-meter, Klein claimed the event by more than 18 points with a total score of 424.60.

AMERICAN ATHLETIC CONFERENCE FEMALE SWIMMER OF THE WEEK
Ashley Griljalva • So. • Houston
Griljalva set two school records and posted NCAA B standard qualifying times in the 100-yard and 200-yard breaststroke at the Phill Hansel Invitational. In Day 2, the sophomore defeated the field in the 100 breaststroke with a finishing time of 1:01.74, which ranks No. 34 in the country. The following day in the 200 breaststroke, Griljalva produced the No. 41 fastest time in nation as she touched the wall at 2:13.68.

AMERICAN ATHLETIC CONFERENCE FEMALE DIVER OF THE WEEK
Micaela Bouter • So. • Houston
Bouter produced a pair of top-10 finishes at the Texas Diving Invitational against divers from Texas, Arizona State, California, Colorado State, Miami (Fla.), North Texas, TCU, Trinity (Texas) and Wisconsin. The South Africa native earned runner-up in the 3-meter with a score of 337.35. In the 1-meter, Bouter placed eighth with a total of 288.65 points.

Swimming news courtesy of the AAC.