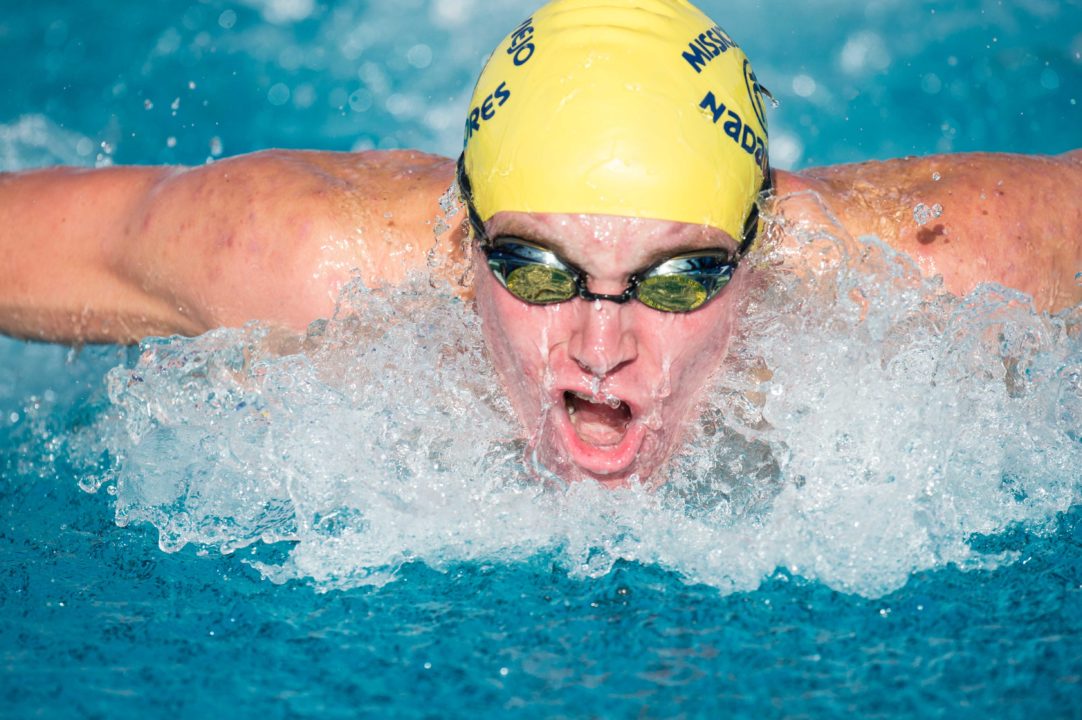 Grant Shoults of Santa Margarita Catholic High School in Southern California has broken a legendary National High School Record in the 200 yard freestyle, swimming a 1:34.54 on Saturday at the CIF – Southern Section Division I Finals at Riverside College.

That breaks the 1:34.96 that was done in 1991 by St. Xavier’s (OH) Joe Hudepohl – a record that stood for an astonishing 18 years as the overall National High School Record, and 24 as the Independent High School Record.

Shoults is just a junior and will still have one more season in which to chase Tom Shields’ overall record of 1:33.83. His previous best coming into the meet was a 1:35.13 done at the OK Pro-Am last December, and a year ago at the CIF-SS Championships, he swam 1:35.99.

Shoults also won the 500 free on Saturday in 4:15.56, which missed Jack Conger’s 4:13.87 (independent and overall) record, but is still one of the fastest high school times ever.

No posts yet on Nikol Popov’s 100breast where she broke a 1:00 at 15years old and broke the 15-16 NAG! She still has a whole year to lower that record too! I’m surprised there hasn’t been a post on this yet!

It looks like mid-distance freestyle finally starts to move forward in the US junior ranks on the men’s side. At least in yards. Can they now convert that to long course?

We are way too high school centric. You are posting this on the best swim site in the united states….and it is an unabashed promoter of HS/college over everything else. Even Braden – the finest american swim writer – is a HS swim coach.

I admire your constant long course narrative and honestly feel like you are helping thousands of people who read your posts change our culture.

Short course is accessible to a lot more Americans. A lot of great young swimmers don’t live within driving distance of a 50m pool.